South Hill flats will be sold to Islanders 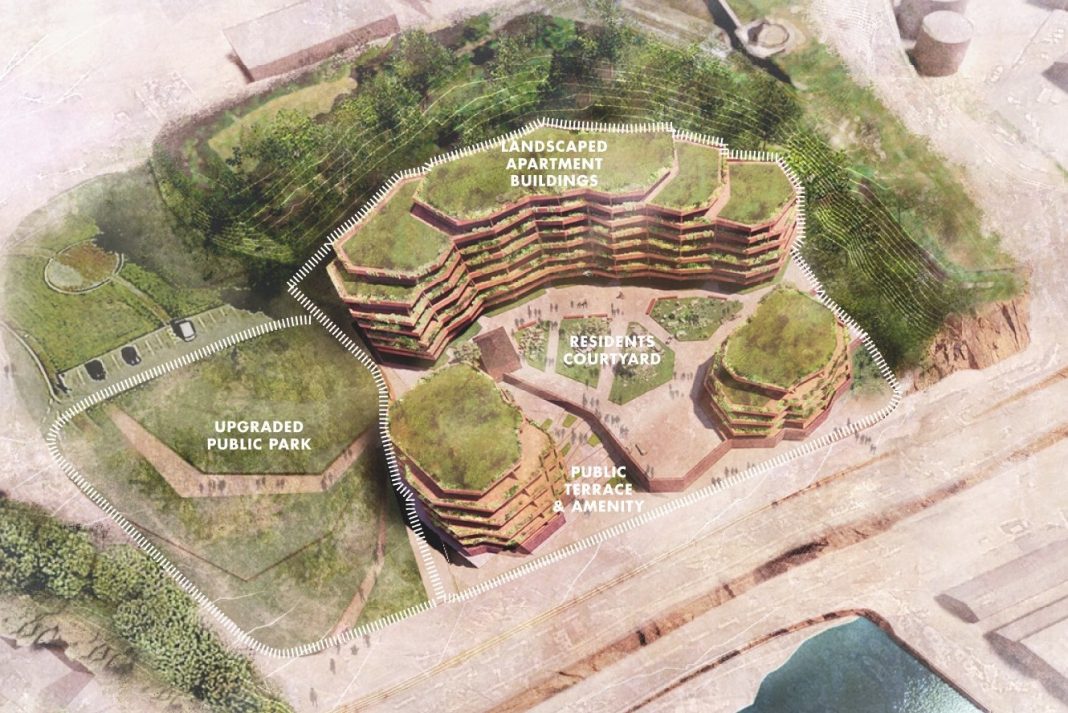 Deputy Susie Pinel said that the States of Jersey Development Company – which has unveiled plans for the former Planning Offices site – will be structuring the sale of the properties so that only entitled or licensed individuals can purchase them.

The JDC has said it expects to submit a formal planning application later this year for the development, which is also due to include a redesign of the nearby children’s playground, a courtyard and a café. There would be 150 ‘low-energy, sustainable’ one-, two- and three-bedroom units, the company has said. To support first-time buyers, the scheme would allow the 10% deposit to be paid in instalments over the construction period.

Responding to a written question from Senator Sam Mézec about how the properties might be sold and who might be eligible to buy them, Deputy Pinel said: ‘The proposed redevelopment of the former government offices at South Hill is still in the initial design stages and JDC is currently carrying out a public consultation and pre-application processes.’

She added that the company would be following guidance set out by the Environment Minister which stated that, as a ‘premium, high-value site’, any development of South Hill should be done so to ‘secure maximum return in the release of this public asset’.

Deputy Pinel said: ‘Accordingly, no homes being planned for construction by JDC on the South Hill site will be for sale or rent through the Affordable Housing Gateway. The Senator is aware that the States established Andium Homes as its key delivery vehicle of affordable homes for rent and sale, and that Andium have recently announced the delivery of over 400 properties on other sites in St Helier.

‘The minister believes that looking at Island sites and Islanders’ housing needs on a holistic basis rather than considering a site in isolation is the preferred approach and more forward-thinking.

‘The minister’s understanding is that foreign buy-to-let investors will be precluded from acquiring units on the South Hill development.’

Andium, alongside Dandara, recently unveiled plans to deliver more than 400 new homes on the sites of three St Helier hotels – the Mayfair, Revere and Apollo. Some of the properties will be sold through the Andium Homebuy scheme, which offers first-time buyers a deferred payment of up to 25% of the price of a home. The deferred payment is indefinite and is only repaid when the purchaser sells the property. It means that a £400,000 apartment could be bought by a first-time buyer for £300,000, with the remaining £100,000 being paid once the property is sold.