Garage and car destroyed in fire 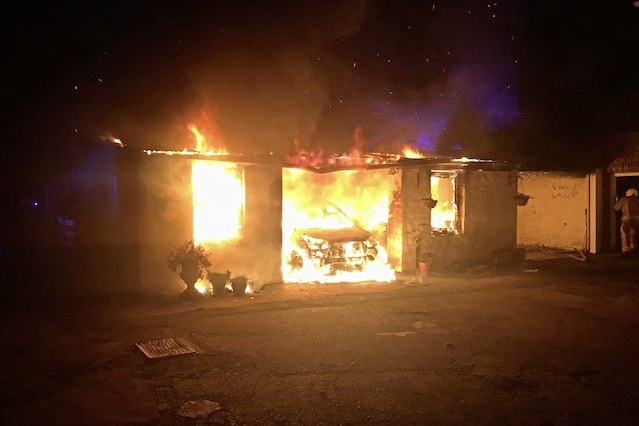 Firefighters were called out shortly after 11 pm on Monday after an Islander reported that his garage, off Route de Millais, was on fire and the flames were spreading towards his home.

A crew from the St Helier headquarters were called out as the Western part-time crew were on another call. 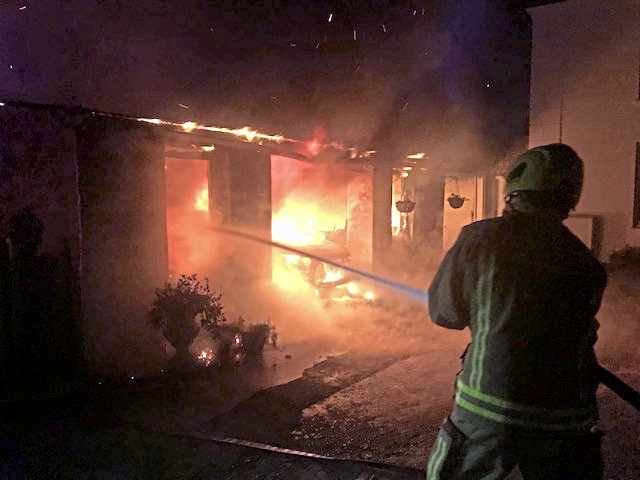 As they were tackling the blaze, the roof of the garage, which measured about 20m by 5m, collapsed. No one was injured.

The crew stayed on the scene for more than three hours, ensuring that the blaze did not reignite and that the surrounding area was safe. The road has been closed between Rue des Corvées and La Profonde Rue as the garage has become dangerously unstable. 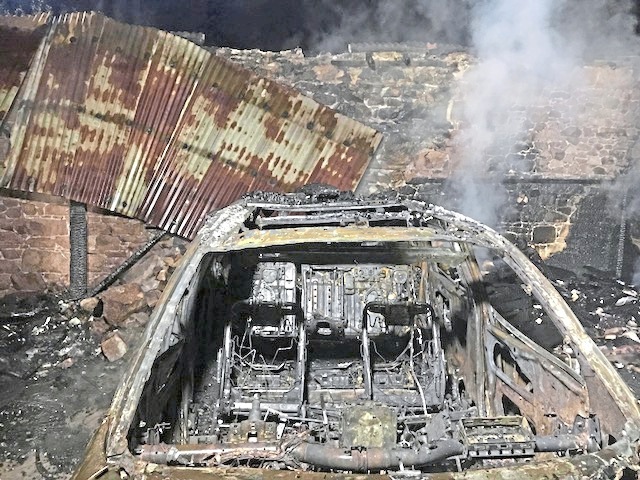 An investigation into the cause of the fire is under way.