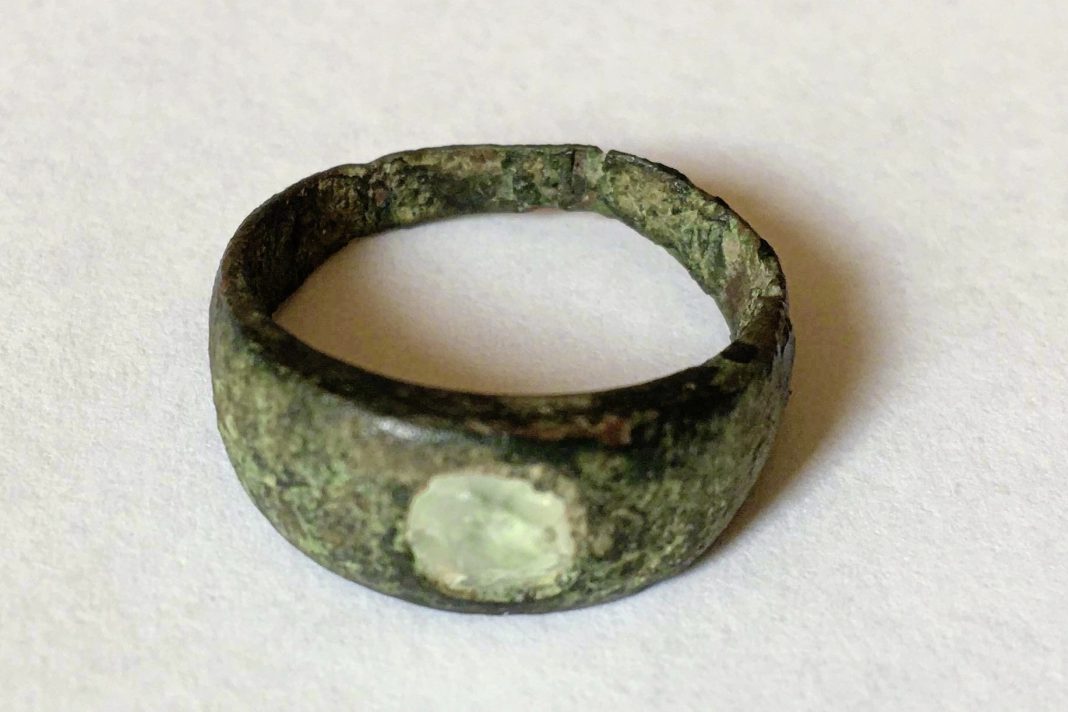 The copper alloy band, which contains a glass stone, was discovered by Islander Ken Rive in an agricultural field in Grouville several months ago.

Although rare for Jersey, they are commonly found in the UK and are therefore not regarded as valuable finds.

Mr Rive said: ‘I have only ever found a few coins from the 1960s and bits of rubbish in that field before, and then this thing popped up.

‘A lot of items like these get rotted away but this was in pretty good condition.

‘I think it was a casual loss – perhaps it fell off someone’s finger. I don’t believe it was buried as I didn’t find anything else with it.’

Mr Rive is now in discussions with the landowner over what to do with the ring, which was officially recorded by the Société Jersiaise’s Archaeology Section this summer.

The metal detectorist has made numerous other finds over the years. In July, the JEP reported that he had discovered a curse tablet in a field in St Brelade. The small lead parcels were used by the Romans to either encourage good fortune or heap misery on an enemy.

They would write the name of the recipient on the tablet, along with a description of the required action, before folding over the edges and burying it.