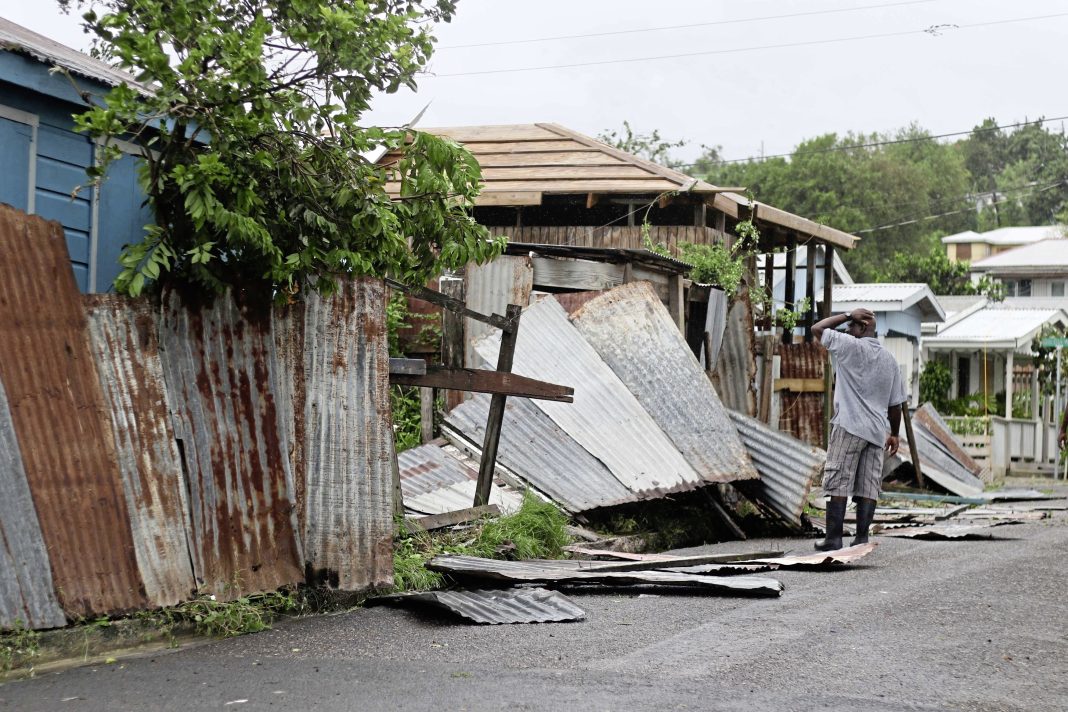 Tim and Shona Ringsdore, who are living with friends on Tortola in the British Virgin Islands, spent hours holed up in the property as Irma left a trail of destruction across the Caribbean.

The storm – one of the strongest in recorded history – is now tracking west towards Cuba and parts of Florida.

The couple’s daughter Katy, who spoke to her parents on the phone after the worst of the storm had passed, said she had never heard her dad – the former managing director of JT in the Channel Islands – so worried.

‘By 7 pm to 8 pm our time yesterday the full force of the storm had hit them hard.

‘It ripped the roof off the property and destroyed the balcony and dad and the boys had to put heavy furniture against the hurricane shutters to hold them in place.

‘Then all six of them went down into a concrete toilet where it was safe to ride out the rest of the storm. Mum was in floods of tears and I have never heard dad sound so worried,’ she said.

Katy said that as the huge eye of the storm passed overhead, the winds dropped light and her parents briefly went outside to survey the damage.

‘They said that when the eye went over there was no wind and no birds – just a deathly silence. Dad said he couldn’t comprehend the level of damage.

‘He phoned my sister, who lives in Miami, and told her that if she was thinking of staying put and riding it out then she should think again. He told her to get out – and that is what she is doing now,’ said Katy, who lives in the UK.

‘I am a little worried as I haven’t heard from them since 9.30 pm yesterday – but by that time the worst had passed. They said the phone lines would go down, so I am just waiting to hear from them now,’ she added.

Irma – a category five hurricane with sustained wind speeds of 180 mph – has caused major destruction across the Caribbean and left at least ten dead.

According to reports, the small island of Barbuda is ‘barely habitable’ and large parts of the island of St Martin have been flattened.

A British Naval relief team – including Royal Marines and Army engineers – is being sent to BVI and the other British overseas territories of Anguilla and Montserrat.

Meanwhile, Islanders Charlie Petulla (23) and girlfriend Alicia Videira are among thousands of tourists being evacuated from resorts in northern and eastern Cuba.

The couple, who travelled to Cayo Santa Maria – an island off Cuba’s north coast – on Tuesday are now being evacuated to a resort further west, out of the hurricane’s expected path.