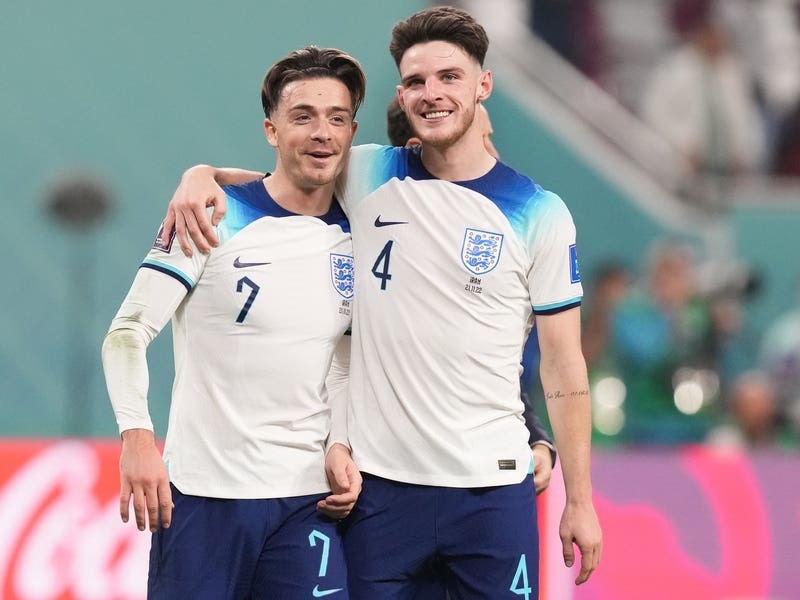 Gareth Southgate’s side, who face USA in their second Group B game on Friday, reached the semi-finals at Russia 2018 and lost to Italy on penalties in last summer’s Euro 2020 final.

The United States held Wales 1-1 in their opening match on Monday, while England made their best-ever World Cup start by thrashing Iran 6-2 and Lewis said Southgate’s side will be “hard to stop”.

The former Preston and Leeds winger told the PA news agency: “I try and say it every time, whether it’s the Euros or the last World Cup, especially more recently because of the talent that’s in the England squad.

“It’s theirs if they want it. There are some amazing teams and a lot that comes into play when you get near the end.

“But I don’t think on paper England should be thinking that they’re not in the running for who should be in the final.”

Lewis, who spent eight years as a player in England until 2008 and also had spells at Fulham and Derby, won the last of his 82 USA caps in 2006.

“The US is always going to be optimistic,” he said. “And the reality is, as you’ve seen already in this tournament, sometimes big nations get off to a rocky start.

“That certainly wasn’t the case with England. There’s so much talent in that squad and if they’re firing on all cylinders the US, to a certain extent, is going to have to hold on.

“But every game is different. The US needs some kind of result, probably more than England at this point, so we’re cautiously optimistic.

Lewis, now based in California and the co-founder of TOCA Social, the world’s first interactive football and dining experience based at the O2 in London, is confident the US will qualify behind England for the knockout stages.

“That’s the goal,” he said. “From the beginning it was going to be a fight for second between the US and Wales.

“As soon as England got that first result, that became very clear. So that’s still going to be the goal and I think that’s how it will end up.

“I’d have felt a little better if the US had got the three points against Wales, but there’s still plenty of football to be played.

“The US is a young team, so they have that on their side, but the higher we can set the bar, the better.

“The goal is, for sure, to get out of the group, and hopefully get past the first round of the knockout. And, at that point, it’s all up for grabs.”

* Eddie Lewis is co-founder of TOCA Social – the immersive football games and dining venue located at the O2 in London. World Cup screenings are available to book at www.toca.social