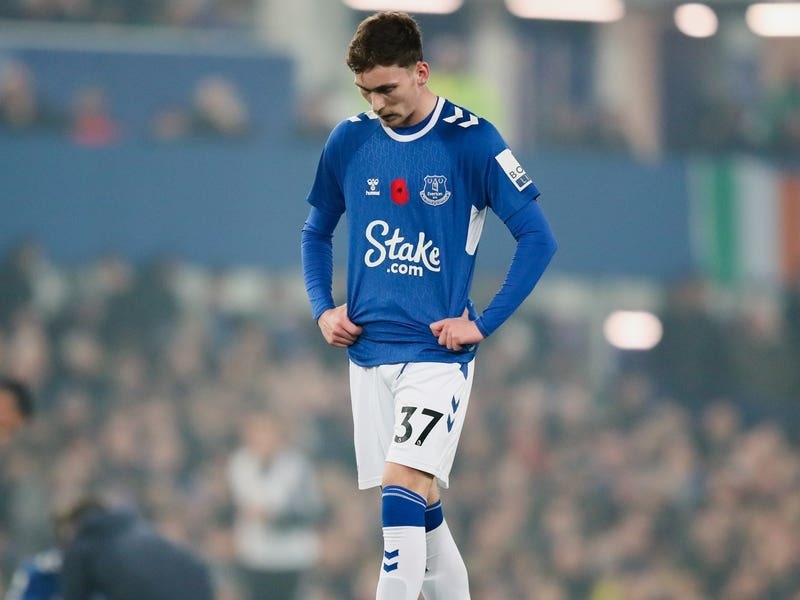 Everton’s injury woes show no sign of easing after midfielder James Garner was ruled out for two months with a back problem.

The 21-year-old, signed from Manchester United in the summer in a £9million deal, has made only one start – the Carabao Cup defeat at Bournemouth – in his seven appearances.

He was left behind when the club travelled to Australia for the Sydney Super Cup and manager Frank Lampard has revealed the player is set for an extended absence.

“He’s probably going to be back at the back end of January or early February. It’s a disappointing injury,” he told evertontv.

Fellow midfielder Tom Davies flew back early from Australia after suffering a knee problem in training while injury-prone defender Yerry Mina sustained a hamstring strain in the game against Celtic.

Lampard hopes to have the pair fit again for the Boxing Day resumption of the Premier League campaign.

“Tom is three weeks-ish, which is a positive result as we were worried about him. Yerry is similar, three to four weeks,” he added.

Everton, whose average ticket price is the third-lowest in the Premier League, have also announced a 10 per cent rise to their adult season ticket for what is expected to be their final campaign at Goodison Park before they move to a new stadium at Bramley-Moore Dock.