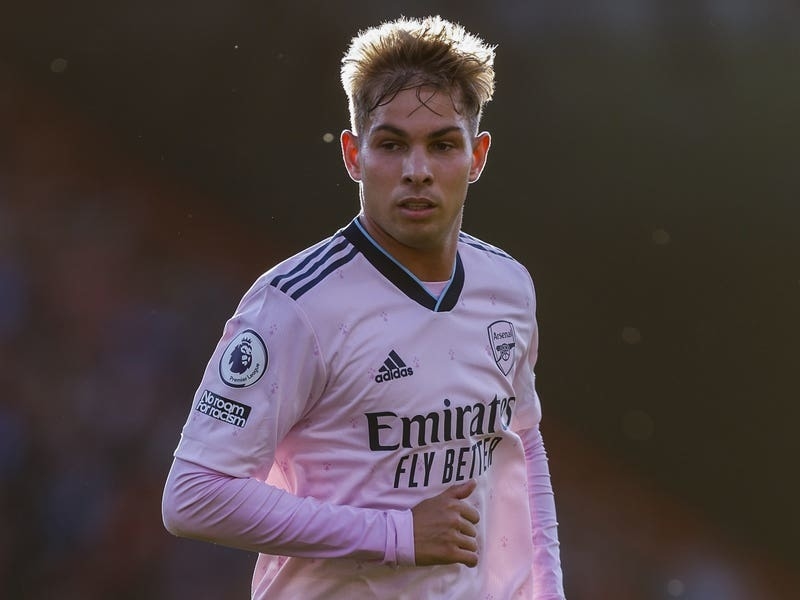 The 22-year-old has managed just 48 minutes of football across four substitute appearances so far this season.

A niggling groin complaint has troubled the England international for some time and the Gunners announced on Thursday that Smith Rowe now faces over two months on the sidelines after going under the knife.

“In recent months, Emile Smith Rowe has been experiencing discomfort in his groin, which has limited his training and match appearances,” a club statement read.

“Following a significant setback at our Premier League match against Manchester United at Old Trafford on September 4, and after further specialist consultations and discussions with our medical team, Emile underwent surgery to repair a damaged tendon in his groin.

“This successful surgery took place in London in the past few days and Emile’s rehabilitation programme is already under way. We are hopeful that Emile will return to full training in December.

Smith Rowe has three senior England caps to his name, scoring his only goal to date in the 10-0 win over San Marino last year.

A combination of form and fitness meant he was highly unlikely to make Gareth Southgate’s 26-man World Cup squad for Qatar but surgery has now ended any lingering hopes.