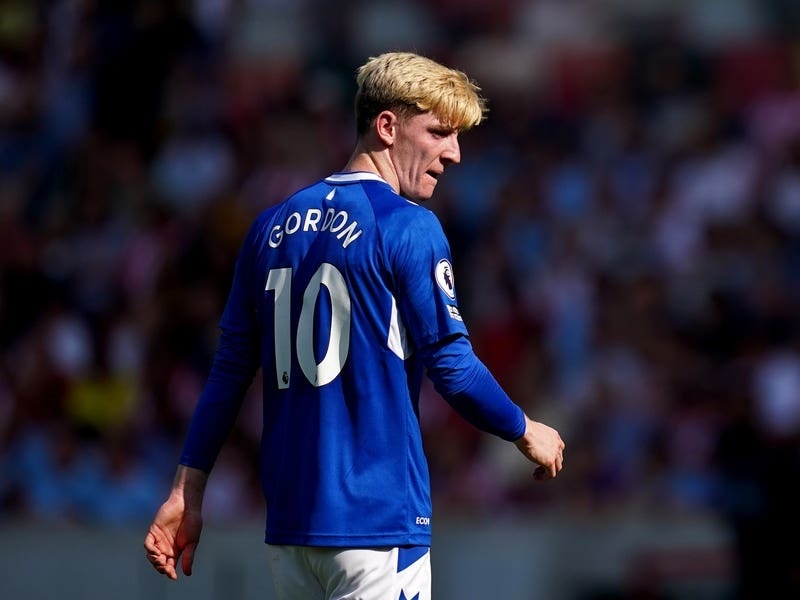 Everton are closing in on a new long-term contract for Anthony Gordon. According to the i newspaper, talks with the 21-year-old forward are “progressing well” and both parties are keen to come to an agreement that represents the player’s new status as one of the Premier League’s “most exciting young prospects”. It comes after the youngster was linked with a move to Chelsea.

The Daily Express says Leicester are prepared to give their embattled boss Brendan Rodgers more time to turn his career around after a dismal start to the Premier League season. Citing The Athletic, the paper reports the Foxes will give the 49-year-old at least the next match against East Midlands rivals Nottingham Forest to try and save himself from the sack.

And, staying on the topic of Nice, The Sun adds, via Foot Mercato, that the former Bournemouth boss and England midfielder Scott Parker, 41, has emerged as a potential candidate to take the top job at the club in southern France.

Gerard Pique: The Spanish outlet Mundo Deportivo says Barcelona will have the option of terminating the contract of the 35-year-old centre-back a year early, in June 2023, if he features in less than 35 per cent of games this term.