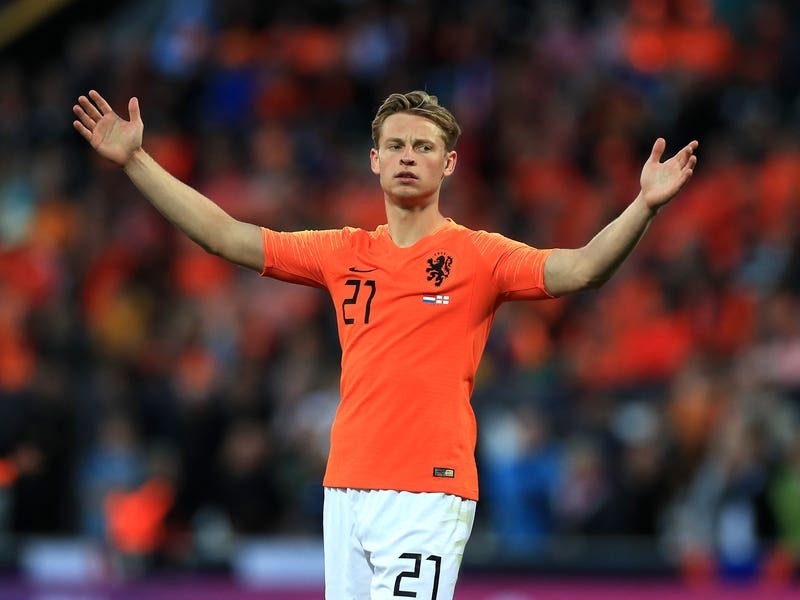 Chelsea are confident they have beaten Manchester United to Barcelona midfielder Frenkie de Jong but they still need to persuade the Netherlands international to leave Spain, according to the Times. The 25-year-old reportedly wants to stay with the LaLiga club – but if he is forced to move the paper says he is thought to prefer the opportunity to play Champions League football with the Blues.

The Mirror says efforts to bring France international Adrien Rabiot to Old Trafford have stalled over wage demands. The Juventus midfielder, 27, wants a pay bump from £5.93million per year with Juve to £8.46m per year on a three-year contract with United, the paper says while citing Gazzetta dello Sport.

Former Chelsea and Manchester United midfielder Juan Mata has rejected moves to MLS as he wants to stay in Europe, according to Marca. The 34-year-old is a free agent after leaving Old Trafford and has been linked with a move to Leeds.

Memphis Depay: Juventus have almost reached an agreement to acquire the 28-year-old Dutch forward from Barcelona, according to Spanish outlet Sport.