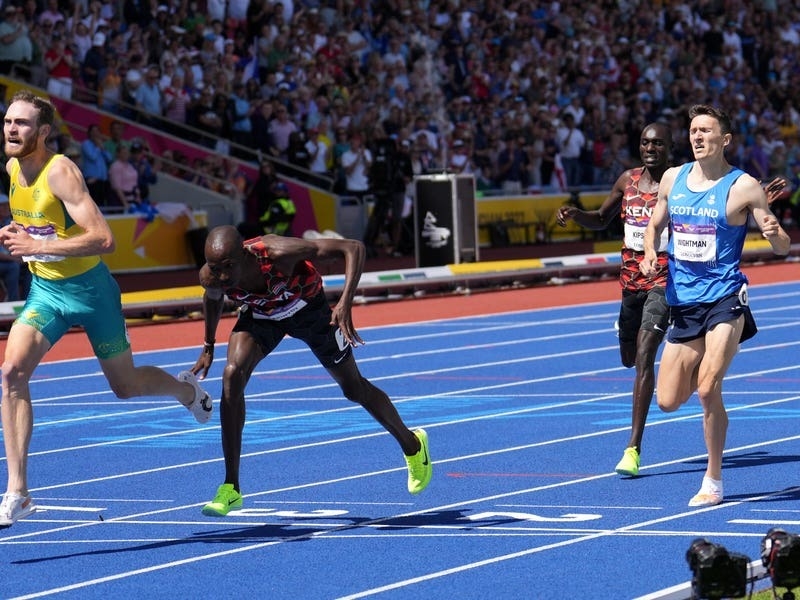 World champion Jake Wightman admits he did “as good as I could have” as he missed out on a stunning summer hat-trick after coming third in the 1500m at the Commonwealth Games.

The 28-year-old Scot took bronze in Birmingham on Saturday behind Australia’s Oliver Hoare and Kenya’s Timothy Cheruiyot after being passed on the home straight.

He was hoping to continue his unique treble quest – after July’s World Championships victory – but must now refocus for the 800m at the European Championships later this month.

“That was as good as I could have done,” said Wightman, who ran three minutes 30.53 seconds. “I didn’t want to be a pedestrian and be running for minor medals. I wanted to make a statement but I didn’t feel anywhere near as good as I did a couple of weeks ago.

“I knew when I went I was going to have a tough home straight but hoped everyone else would be feeling the same.

“Initially I was pretty disappointed but if I told myself I would come back two weeks after winning the world champs and in a similar field pick up a bronze I’d be pretty happy.  It’s mentally so tough to come back from that.

“To get a bronze is a relief, to have something to show for the shape I’m in.

“People don’t realise how high that World Championships was, two weeks is nothing to have to reset. I’m not buzzing but I’m relieved.

“I was hanging on in the home straight, as opposed to feeling strong. I felt pretty vulnerable.”

Soon after, England’s Nick Miller won gold in the hammer with a throw of 78.43m to defend his 2018 title.

He said: “I’m incredibly proud, I’m sure we’ll have a few more later. I’ve had a lot of injury and illness, it’s nice to take a turn and have a positive outcome.

“I feel we’re in a good place moving forward.”