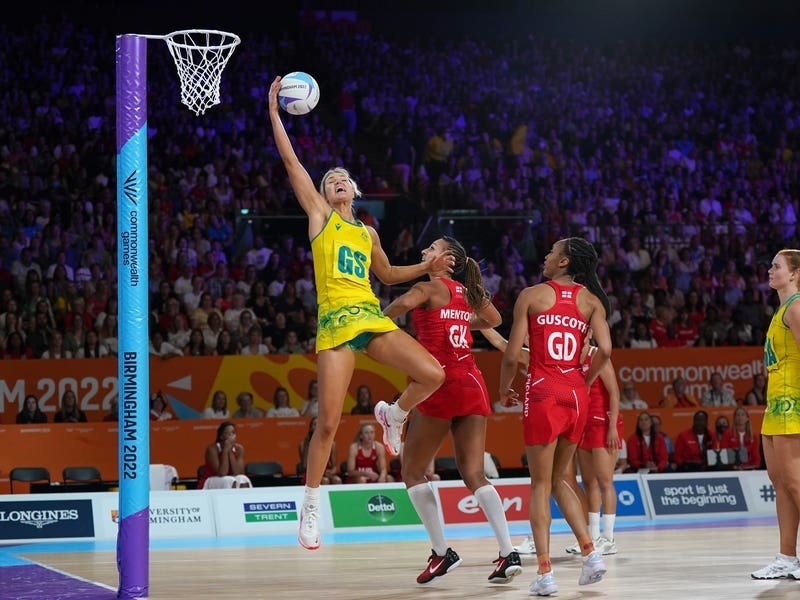 England’s hopes of retaining their Commonwealth Games netball title were dashed by a 60-51 semi-final defeat to Australia at Birmingham NEC.

Jess Thirlby’s side were never in front against the Diamonds, whom they had famously beaten in the final second on the Gold Coast four years ago to win the title.

Three down after the first quarter, Thirlby swapped goal attack Helen Housby for Eleanor Cardwell but the move had little discernible effect as Australia dominated the middle section.

Roused by the capacity crowd, England managed to claw back their deficit to four, but it was a brief respite and midway through the third quarter a miss by Jo Harten allowed Australia to go up the other end and extend their advantage to 10 goals.

A 45-36 deficit at the end of the third was all but unassailable, and despite a boost in impetus from the introduction of Housby, temporarily reducing Australia’s lead to six, the result never looked in doubt.

Australia will play Jamaica in the final after the Sunshine Girls claimed a hugely impressive 67-51 win over world champions New Zealand, with Jamaica’s Jhaniele Fowler scoring all 54 of her attempts.