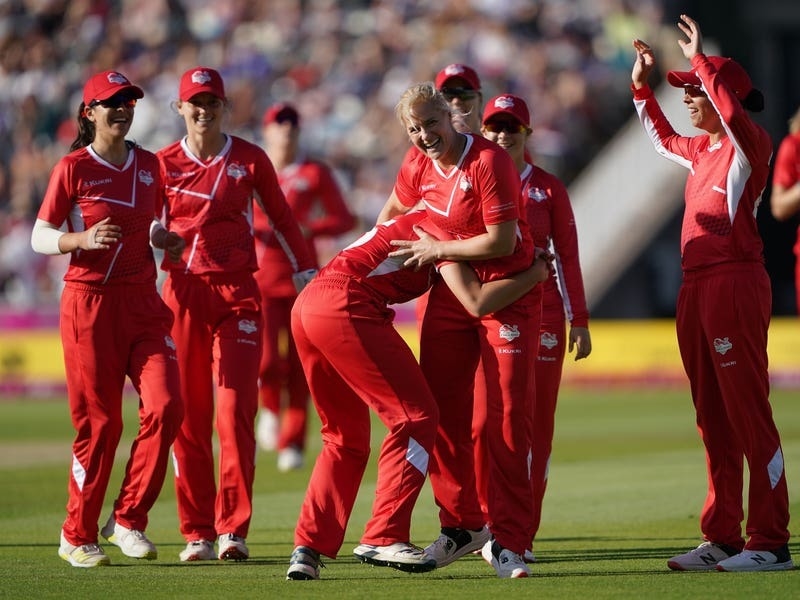 England will face India on Saturday with a place in the Commonwealth Games final at stake after routing New Zealand, chasing down a meagre 72 in just 11.4 overs to top Group B.

After a seven-wicket win in their most dominant display at Birmingham 2022 so far, England avoided a semi-final showdown against Australia, Group A winners and the overwhelming gold medal favourites.

But in spite of the absence of injured captain Heather Knight, England are gradually gaining in confidence after a disappointing winter as they recorded a sixth successive T20 victory this summer.

“I wasn’t expecting it,” said England’s stand-in skipper Nat Sciver. “New Zealand have been a strong side and they usually put up a pretty good fight. It’s really nice to have a calm win.

“If we start like that against any team I think we’ll be in a pretty good position. We’re not thinking about wins in a row, more about attitude and the way we’re playing, we’ve fallen into the rhythm of it.

“Taking on the ball when we’re batting and looking for wickets as much as we can when we’re bowling – that attitude has really helped us play with a bit more freedom and it seems to have worked.”

There were also two wickets apiece for Issy Wong and Sarah Glenn but Brunt hastened England’s charge, uprooting the leg-stump of Sophie Devine with an off-cutter in the opening over after the White Ferns captain had opted to bat first on a pitch where Sri Lanka were skittled for 46 against South Africa.

Green top-scored with 19 before being deceived by some late dip from Sophie Ecclestone, while Hannah Rowe (10 not out) was the only other New Zealand batter to reach double figures as the Kiwis recorded their third-worst T20 total and lowest in a completed innings.

While Danni Wyatt top-edged Fran Jonas in the first over of the chase, Alice Capsey found early fluency that her New Zealand counterparts lacked, with the teenager continuing her fine tournament by crashing four fours in an over off Lea Tahuhu to the delight of the 10,892 in attendance at Edgbaston.

Capsey was out for 23 after clubbing to mid-off, adding just one run after being recalled when she was out off a Devine no-ball, but there was no sense of impending danger and Amy Jones finished on 18 not out from 10 deliveries, thumping a Jensen full toss through midwicket for the winning runs.

Knight has been ruled out for the remainder of the tournament because of a hip injury and Sciver admitted not having the issue linger over England is a positive.

“It’s nice to not be like ‘is she gonna, is she not gonna?’ I feel like I’m in a pretty good rhythm with it,” Sciver added. “I’m very happy to take on the leadership role, it’s been fun.”

While New Zealand lick their wounds after a crushing defeat, they had already booked their semi-final spot and will now look forward to a clash against Antipodean rivals Australia.