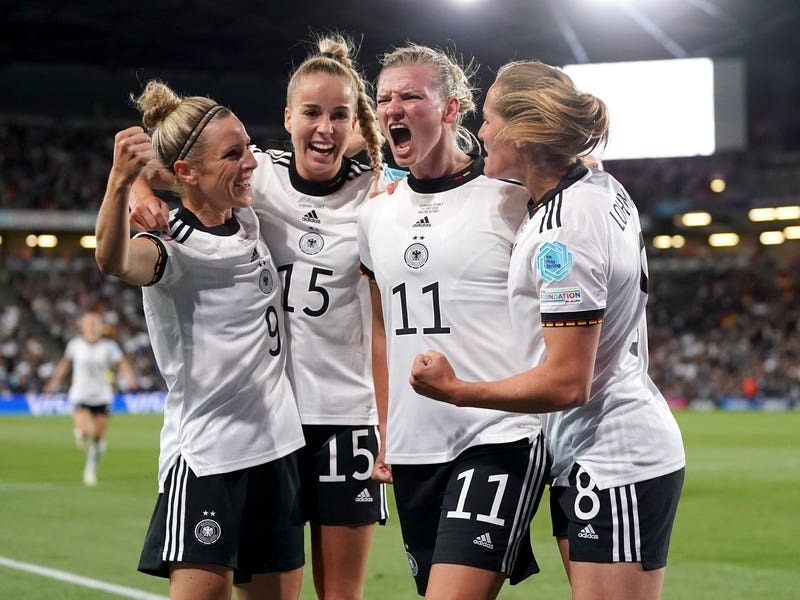 Germany have the chance to earn their ninth European Championship title when they face England in the Euro 2022 final.

After finishing top of Group B, Martina Voss-Tecklenburg’s side beat Austria in the quarter-finals and France in the semi-finals to set up a clash with the hosts at Wembley.

Here, the PA news agency takes a look at five key Germany players to watch against England on Sunday.

Popp has overcome previous Euro disappointment to become one of the standout players of Euro 2022 after missing the 2013 and 2017 tournaments due to injury, and the Wolfsburg striker has certainly made her mark.

She came off the bench to score Germany’s fourth in their opening game against Denmark and has started every game since.

The 31-year-old is now challenging England’s Beth Mead for the Golden Boot, with both players tied on six goals each.

She is able to pick out passes at the back but is also strong defensively and has made 20 successful tackles so far in the competition, more than any other player.

While Wolfsburg team-mate Popp may have the headlines with her goals, Huth has been another crucial part of Germany’s forward line.

The 31-year-old has been essential to Germany’s creative play operating down the wing and showed the problems she can cause in the game against France on Wednesday, setting Popp up twice for the team to progress to the final.

The Bayern Munich captain has caused havoc for defences throughout the tournament, winning the ball well across the pitch and having plenty of shots on target.

Magull has also provided goals for Germany and is their second top scorer with two goals, netting against Denmark in the group stage and Austria in the quarter-final.

Apart from an unfortunate own goal from goalkeeper Merle Frohms against France, Germany are yet to concede to any other team in the tournament and Gwinn has been a key part of their solid defence.