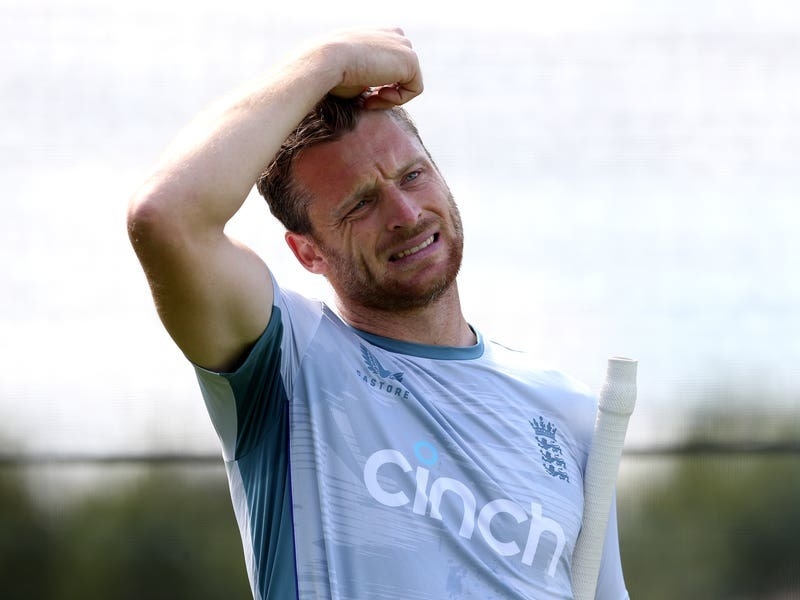 Jos Buttler admitted he will need time to grow into his role as England captain after his side slipped to another series defeat against India.

When Eoin Morgan stepped down from England duty last month, Buttler was the logical successor, but he has started his white-ball reign with 2-1 losses in both the Twenty20 and one-day series.

However, Buttler accepted he is a relative novice as skipper, so in the weeks and months ahead he will be relying on guidance from head coach Matthew Mott and other experienced players in the dressing room.

“I think it will take a bit of time, I want to try and walk before I can run, I’ve just got to work out, be myself and use the people around me to help me.

“There’s such experienced guys in the dressing room and all the coaching staff have been really helpful for me and I can certainly lean on those guys to assist me.”

The schedule this month is unabating – with England now halfway through a programme of a dozen fixtures in the space of 25 days – and Buttler acknowledged it has been a baptism of fire.

“There’s been lots of games in a very short space of time, which has been a challenge as well,” he said. “It would be nice to have a day to reflect a bit and not always be thinking, so it’s been busier than I think it would be normally.”

Chasing 260, India had slipped to 72 for four as Reece Topley took the wickets of Shikhar Dhawan, Rohit and Virat Kohli. Pant could have ben stumped on 18, while Craig Overton misjudged his position on the boundary when Pandya was on six, misses which were costly as the pair put on a decisive 133-run union.

“If you give good players a second chance there’s a good chance they’ll hurt you,” Buttler said. “If we manage to take those two chances, I believe we’d have gone on to win the game.

“Rishabh is a fearless player, someone who is great to watch in all formats. It’s his mentality that sets him apart. He looks like he gets great backing to go and play however he wants to play.”

Buttler top-scored for England with 60 off 80 balls, but it was another substandard performance as they failed to bat out their overs for a third time, skittled for 259 with 25 balls unused.

“We just need to be better, we haven’t played our best by a long stretch, going back to the T20s as well,” added Buttler, whose side begin a three-match ODI series against South Africa on Tuesday.

“We haven’t played much ODI cricket recently and it’s working out the rhythm again.

“You need to be able to adapt to all different conditions. Our ambition is to be the best team in the world and that means adapting quickly to what’s in front of you.”

India’s last 50-over game in Manchester ended in a World Cup semi-final defeat against New Zealand three years ago, but Pandya insisted the tourists were not dwelling on the past.

“For the team this win means a lot,” said the all-rounder. “Everyone found England one of the best teams in the world. To come here and perform and win is more important.”