Talor Gooch: I got carried away comparing atmosphere at LIV events to Ryder Cup 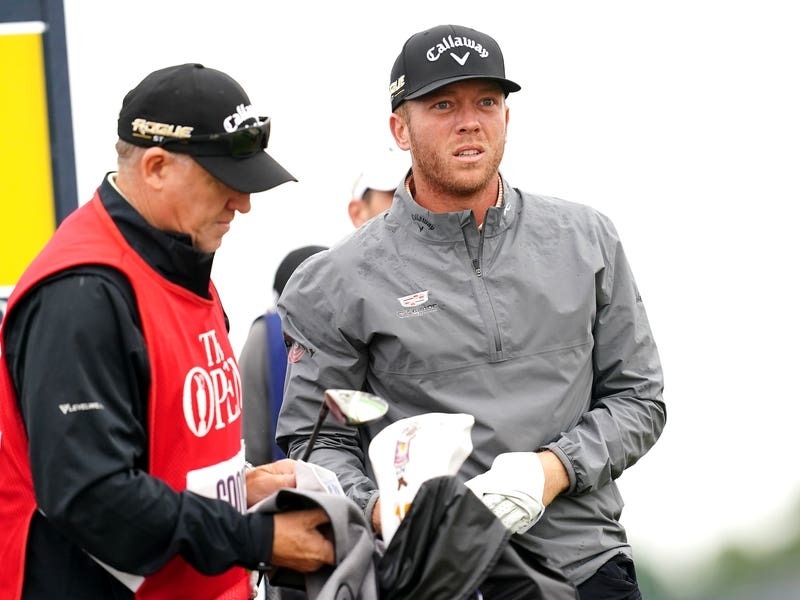 Talor Gooch accepts he may have got carried away by comparing the atmosphere at LIV Golf events to the Ryder Cup.

The American world number 40, who has never participated in the prestigious biennial contest, made the jarring comment after featuring on the winning team at the LIV tournament in Portland earlier this month.

The 30-year-old, who shot himself into contention at the Open on Friday with a second-round 69, admits his remarks have justifiably attracted a lot of ridicule.

“I was like, ‘Hold on a second, guys. Give me a little break. I just won. I was in the moment. I might have gotten a little aggressive with the comments’.

“We were pumped. I watch F1. I was so pumped to be able to spray champagne like they do in F1.

“Maybe (it was) a little aggressive of a comment. Rightfully so, I’ve taken a little bit of heat for it.”

At present he remains eligible to compete in majors such as this week’s at St Andrews, but the future is uncertain as the power struggle between LIV and the golfing establishment becomes increasingly rancorous.

“It would be a cool one to go out on,” said Gooch, who sits on seven under par after two rounds at the Old Course.

“Hopefully not, though. I’d like to think that the majors would like to have the best players in the world playing in their events in spite of everything that’s going on, but obviously that’s not up to me. It’s up to other people.”

“I think there’s some strong players, no doubt,” said Gooch. “The credentials of everyone speak for themselves.

“It’s obviously cool for me to see other guys that are out there playing well. We’ve caught a lot of flak for what we’ve done recently but I think one thing that cannot be questioned is the quality of players that are there.”