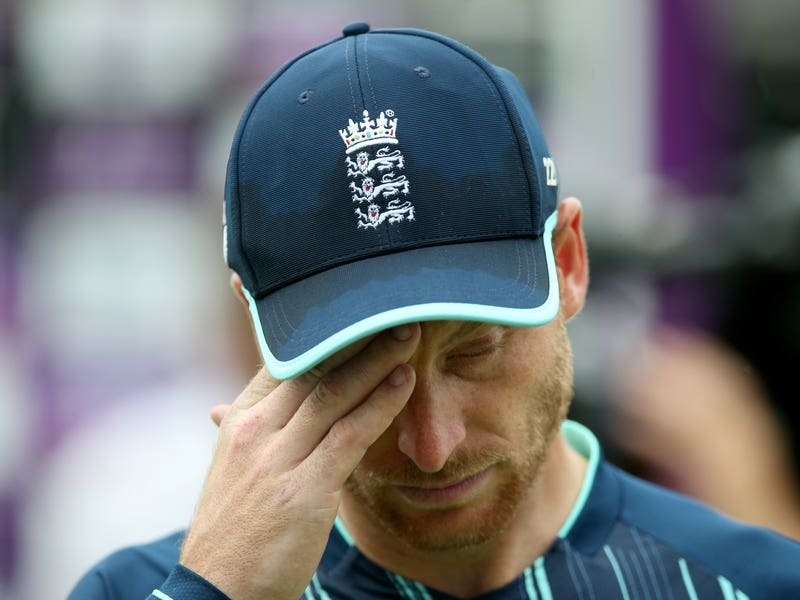 Captain Jos Buttler insisted England’s white-ball batting remained their “super strength” and would not be derailed after being skittled cheaply by India in the first one-day international.

Having lost the Twenty20 series 2-1, England packed their top six with returning stars Ben Stokes, Jonny Bairstow and Joe Root for the first of three 50-over matches, only to be rolled over for 110 with half of the allocated innings unused.

Stokes and Root both failed to score, joining Jason Roy and Liam Livingstone on the duck hunt, while Bairstow’s career-best hot streak in Test cricket did not carry over as he was dismissed for seven.

Indian duo Rohit Sharma and Shikhar Dhawan, on the other hand, made batting look easy as they reeled in a 10-wicket victory in just 18.4 overs.

Buttler has now lost three of his four games since Eoin Morgan’s retirement left him in charge of the limited-overs group, but he remains confident nothing drastic is required.

“You certainly don’t want days like that to come, and they do come few and far between, but today’s one of those days and it’s tough to take,” he said.

“It’s certainly key not to panic, not to look too much into it and find too many faults. India bowled fantastically well and we didn’t manage to deal with that as well as we’d have liked.

“But, if I look back over the past five or six years, batting has been our super strength in this form of the game.

“You look at the names of the guys in there, they are some of the best players we’ve had so there’s no need to panic at all and not much time to dwell on it either.

“We need to be positive, get back out there and put things right when we play on Thursday.”

Circumstances have ensured they have not made the same XI in the past three years, with Covid restrictions, rest and rotation and Stokes’ 2021 hiatus all factors.

England’s schedule means things are going to remain tricky for those who are first-choice players across the formats, but Buttler understands the compromises that need to be made.

“It’s a long time since we have all played together and it’s tough,” he said.

“I think the schedules are increasingly difficult for all format players to play all the games, so we just have to be careful to manage all those guys.

“The key is to turn up to those ICC events clear with what your best team is, but also with guys fresh and as good to go in those tournaments as they can be. There will be times in bilateral series that guys miss out because it is just unattainable for guys to play every match.”

England’s fate was settled by a classy showing from Jasprit Bumrah, the India seamer taking career-best figures of six for 19 and book-ending things with four wickets at the top and two at the end.

He was in less emphatic form during his post-match press duties, offering a low-key assessment of his efforts.

“I don’t look at end results and judge my bowling. There have been instances where I have bowled so much better than this and not got wickets,” he said, understating his match-defining new-ball spell.