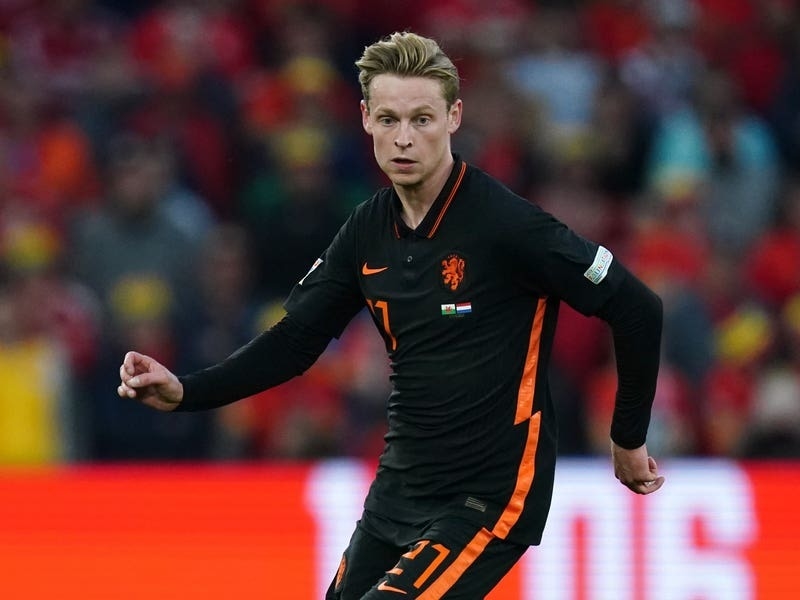 Manchester United have apparently stepped up their pursuit of Frenkie de Jong. The Manchester Evening News and the Daily Mail say United bosses Richard Arnold and John Murtough are in Spain and met with Barcelona representatives at a restaurant to discuss the 25-year-old Netherlands international, who played under new Red Devils manager Erik ten Hag at Ajax.

The Telegraph reports Chelsea are considering a move for Bayern Munich winger Serge Gnabry. The Blues are said to be interested in the Germany international as an alternative to Raphinha, who has reportedly opted for the Nou Camp over Stamford Bridge. But Chelsea will have to compete with United and Arsenal to sign the 26-year-old, with the latter the forward’s home from 2012 to 2016.

Everton have had their £25million bid for Morgan Gibbs-White rejected by Wolves, according to the Mail. The England Under-21 international 22, impressed on loan last season at Sheffield United, helping guide them to the Championship play-offs with 12 goals and the same number of assists.

Nathan Collins: The Burnley defender, 21, could go to Wolves as part of a £20.5m deal that would set a new record for the highest fee paid for an Irish player, according to the Mail.