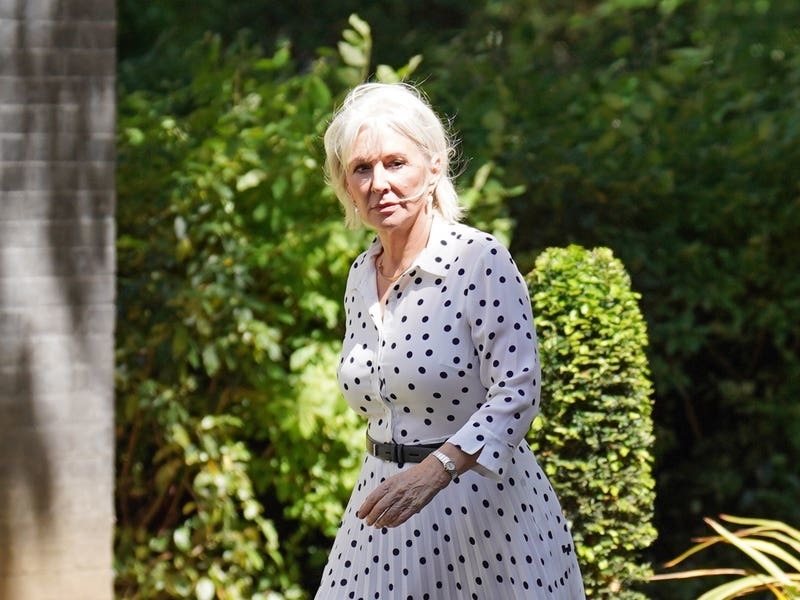 Culture Secretary Nadine Dorries will be invited to sample rugby league at first hand after confusing the 13-man game with the rival code.

Dorries, the Digital, Culture, Media and Sport Secretary, was speaking at the launch of a report into the social impact made by the 2021 Rugby League World Cup at the Portico Vine community club.

“I’ve always quite liked the idea of rugby league,” she said. “My long-standing memory is that 2003 drop goal.

“I’ll let you into a secret. I think we were drinking Bloody Mary’s at the time. It was 11 o’clock in the morning but wow what a moment that was.

“I have heard and I know from my limited watching that it’s an incredibly physical and sometimes brutal sport and it often ends up in a scrum, which actually reminds me very much of politics.

“I think we have a lot in common and given a lot of the media like to call me the prime minister’s attack dog, I wonder sometimes if I should give rugby a go.”

“Whoever writes these scripts should check their facts before the speeches are delivered,” Vaughan said.

“And secondly, if you are the person who is delivering the speech then you need to do your research to check the information you have been given is correct.

World Cup chief executive Jon Dutton said he would be inviting Dorries back to attend the matches “to see for herself what a wonderful sport rugby league is”.

“My final words to the Secretary of State were that we would be delighted if she were to come back to the tournament, maybe to attend each of the three disciplines and see for herself what a wonderful sport rugby league is.”

Rugby Football League chief executive Ralph Rimmer refused to criticise Dorries for her error, preferring to thank the Government for its £25million backing.

“I’m not going to dwell on that,” Rimmer said. “It’s brilliant that she’s here and we’ve had fantastic support from the Government. I’m not going to knock the shine off any of that.

“She gets a chance to see us as we really are and good on her for coming up.”