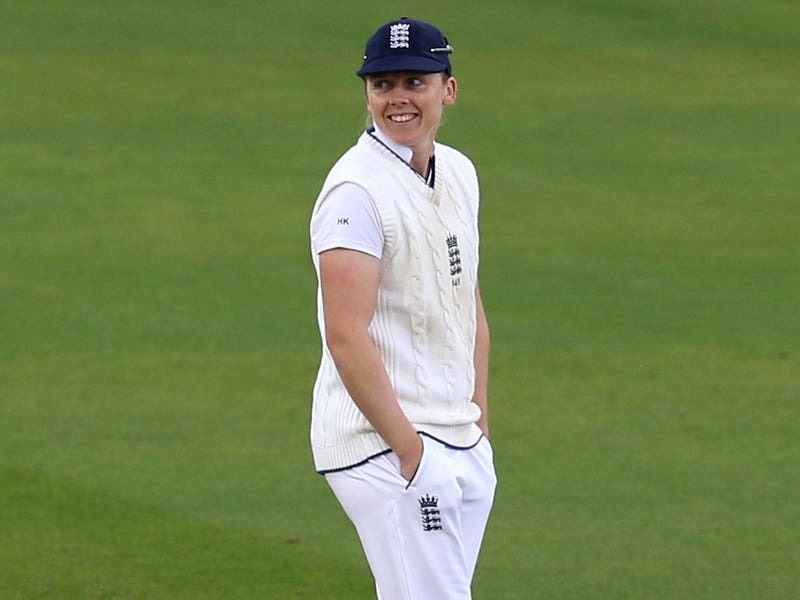 Heather Knight renewed her call for the introduction of five-day Test matches after England’s only red-ball assignment of the summer was halted early due to rain.

England had to settle for a draw against South Africa at Taunton, having started day four hoping to close in on victory, with the tourists three wickets down in their second innings and still 78 runs behind the home side’s first-innings total.

However, two substantial rain delays forced the game to be called off at 5.35pm, with the Proteas having reached 181 for five and a lead of 48.

Knight has made previous calls for Test matches to be extended to five days, with the last such fixture to end in a victory either way having come back in 2015, and she reiterated that point on Thursday.

“It isn’t up to me whether that is added,” Knight said.

“I can give my opinion and I’ve given that before and that hasn’t changed, and with the rain it’s obviously informed that opinion a little bit.

“Hopefully it happens. We’ve got an Ashes Test match in the summer next year and hopefully the ICC give the option for boards to choose four or five days and hopefully that will be the case.”

England were unable to make the required inroads on the final day but, with less than half a day’s play possible, Knight was left frustrated by the weather.

“Obviously with the Test the weather has slightly intervened,” she added. “I think it’s a frustrating end, it was set up quite nicely for us to be in a place where we can push for victory.

“But ultimately we’ve lost over a day’s play, which is frustrating, and we came here today thinking the weather might play a part but confident that we could push for that victory and just a shame that it has intervened.

“I think now the conversation is going to be about four or five days rather than the amazing cricket stories that came from the Test.”

South Africa were playing their first Test since 2014 and handed out nine debut caps at the start of the first day, including to captain Sune Luus, who wants more experience of the format.

“It was quite fun, very different to white-ball cricket,” said the Proteas skipper.

“Nothing can prepare you for what we faced the last four days. It was an amazing experience and hopefully we can do it soon in the future.”