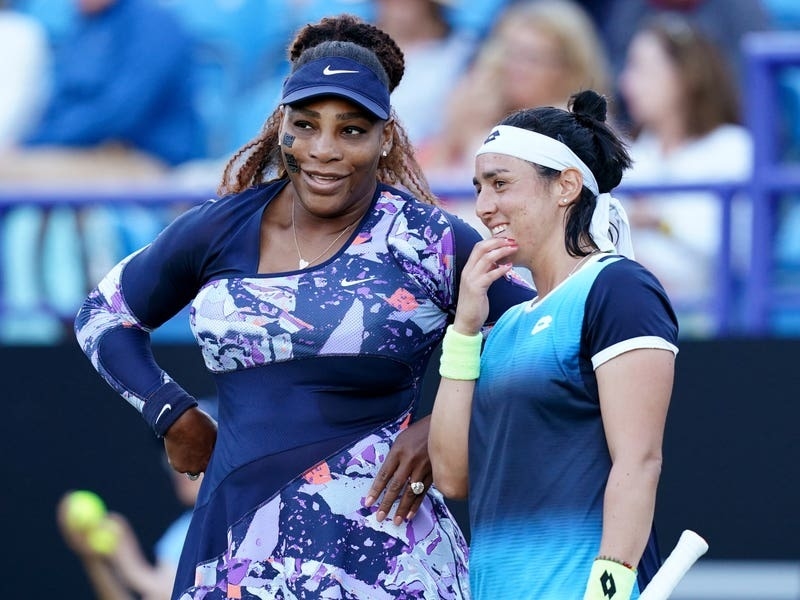 Serena Williams’ return to tennis in Eastbourne has been cut short after doubles partner Ons Jabeur withdrew from the tournament because of a knee injury.

Williams has played her first two competitive matches at the Rothesay International since limping out of Wimbledon in tears last summer with a hamstring problem.

Williams and Tunisian Jabeur made it through to the semi-finals with a narrow victory over Maria Bouzkova and Sara Sorribes Tormo and then a more convincing one against Shuko Aoyama and Chan Hao-ching.

Speaking after Wednesday’s match, Williams said: “I feel good. As good as one can feel after having such a long time off. I was telling Ons, this was a really good match and the second set in particular, they played really well, but we were able to just play different circumstances.

“It was actually good match play and match practice, which is exactly what I needed and what I wanted to do coming here, so I couldn’t have asked for more.”

Williams, who is unseeded at Wimbledon, will find out who she faces in the first round when the draw is made on Friday morning.