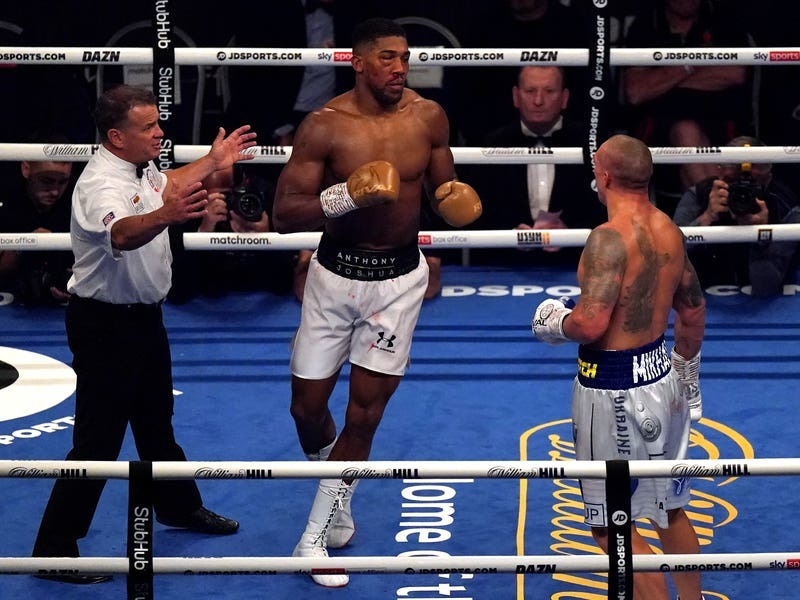 Anthony Joshua’s rematch with Oleksandr Usyk has been confirmed for August 20 with Saudi Arabia the chosen venue for the world heavyweight title fight.

The British boxer will be attempting to win back the WBA, IBF and WBO titles that he lost in September at Tottenham Hotspur Stadium.

A rematch clause was immediately activated but Russia’s invasion of Ukraine in February cast doubt over when former undisputed cruiserweight champion Usyk would be next back in the ring.

Usyk, 35, returned to Ukraine to fight for his country but was given special dispensation to leave and start preparations for this bout months later with a date and venue now finally confirmed.

The Jeddah Super Dome, which is a 35,000-seater venue, will host the contest and 32-year-old Joshua has made changes in pursuit of becoming world heavyweight champion for a third time.

It will mark Joshua’s second fight in the kingdom after he wrested back his world titles with a points win over Andy Ruiz Jr in Riyadh in December 2019.

Joshua described his recent career as a “roller-coaster” and added: “Fighting championship level back to back has had its pros and cons, but I decide every day to get stronger, to learn from my experiences and grow.

“A happy fighter is a dangerous fighter and I am the happiest and most motivated I have been.”

“As we said with golfers in the LIV series and with the sale of Newcastle United, we’d like to see high-profile sporting figures speaking out about human rights to break the malign spell of Saudi sportswashing,” Amnesty International UK’s economic affairs director Peter Frankel said.

“We would urge Anthony Joshua to use his platform to show solidarity with those who’ve been persecuted under Mohammed bin Salman’s sweeping crackdowns.”