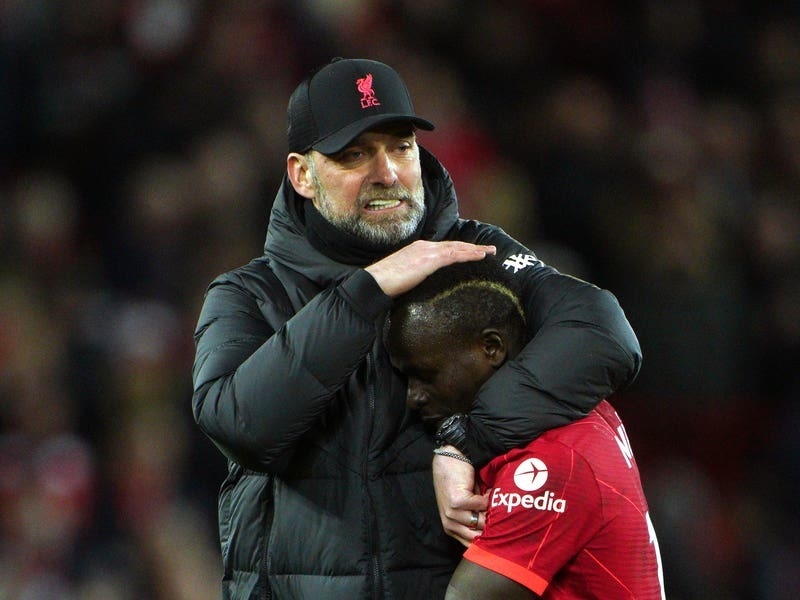 Liverpool have agreed a £35.1million deal to sell Sadio Mane to Bayern Munich as the evolution of their famed forward line continues.

With the 30-year-old in the final year of his contract and expressing a desire to leave, the Reds signed Benfica striker Darwin Nunez this week in a potential club-record £85m transfer.

The Bundesliga champions had already made two bids for Mane which were rejected as Liverpool considered the add-ons unrealistic.

Bayern believed they could secure Mane, who joined Liverpool from Southampton in 2016 in a deal eventually worth £33.5m, on the cheap with an opening offer of £21.4m plus £4.2m in add-ons, based on individual and team achievements which the Reds considered improbable.

A subsequent bid was rejected but a compromise was reached on Friday which is likely to see Mane, who is believed to have agreed a three-year contract with the German club, replace Robert Lewandowski, who has expressed a desire to leave.

His departure means Liverpool, whose strike force of Mane, Salah and Roberto Firmino established itself as one of the best in the world,  are likely to have a new-look forward line for their Premier League opener at Fulham on August 6.
Nunez is set for the central role often frequented by Mane in the final few months of the season, with January signing Luis Diaz on the left, the Senegal international’s regular position for most of his time at Anfield.

That leaves Salah, who is also in the final 12 months of his contract, as the only remaining member of manager Jurgen Klopp’s famed front three likely to be guaranteed a regular start with Firmino, 31 in October, likely to play out the final year of his contact without a renewal.

Liverpool have also appointed former midfielder Jay Spearing to their under-18s coaching team after the Tranmere captain left the League Two club at the end of the season.

The 33-year-old former FA Youth Cup-winning captain, who left the club in 2013 having made 55 first-team appearances, will work alongside manager Marc Bridge-Wilkinson and Tim Jenkins.

“Jay is still quite young and the impact he can have around the U18s is invaluable because he is someone who lives and breathes this club,” said academy manager Alex Inglethorpe.

“He will also be eligible to play for the U21s to provide experience for the young players when we need him.”