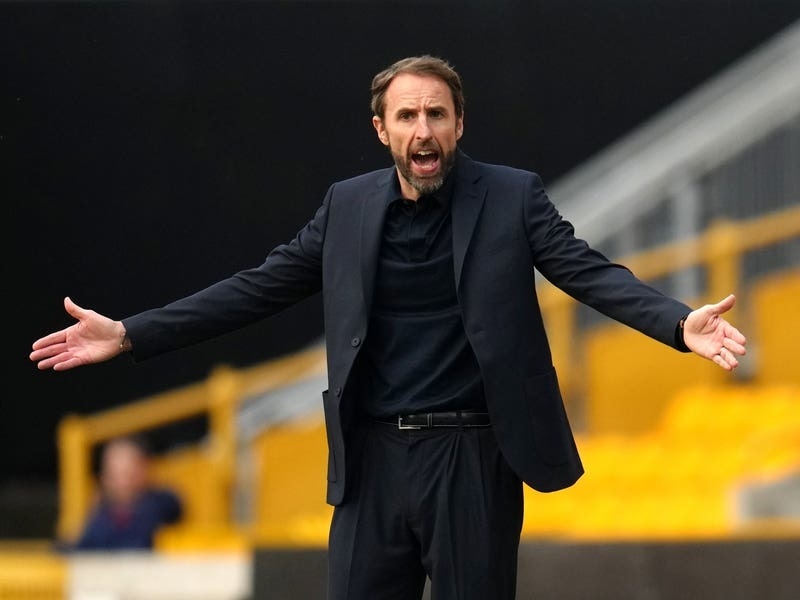 Preparations for the tournament in Qatar continued in front of empty stands at Molineux on Saturday evening as the Three Lions attempted to kickstart their Nations League campaign.

England lost 1-0 in Hungary last weekend and secured a hard-fought 1-1 draw in Germany on Tuesday, with Southgate’s experimental side unable to find a way past inexperienced Italy in Wolverhampton.

“Clearly across these four games we’re needing to look at different players ahead of the World Cup,” he said. “Today was part of that process.

“We knew on the back of a physically tough game in Germany the other night, also to refresh the team was going to be important.

“We’d like to have created more given the amount of possession we had and we definitely used the ball better in the back two thirds of the field than we did the other night so that was pleasing.

“But in the end we’ve not got the goal to make the difference.

“We’re very, very reliant on Harry and Raheem for our goals at the moment and that is a concern.”

Southgate underlined the need to keep getting balls into the right areas but admitted there had “been a little bit of a lack of sharpness in those attacking areas across the three matches” this month.

“In the end, the quality of your top players has a large factor in determining how successful you are,” the England boss said.

“We’re very fortunate that we’ve got some very good ones and our captain’s goal-scoring record is phenomenal.

“We’ve just got to keep working on getting them into those right areas.”

England’s uninspiring draw will only serve to fuel Southgate’s critics, who have become more vocal over the past week.

But Italy counterpart Roberto Mancini believes supporters need to keep the bigger picture in mind as preparations continue for Qatar.

“My opinion is that England is one of the best teams in Europe in this moment,” the Azzurri boss said. “They have many, many very good players.

“Maybe in this moment they are trying to do something different, to try different situations for the World Cup.

“But I think that it’s one of the candidates to win the World Cup in Qatar.”

Such quality left Mancini satisfied with his inexperienced team’s efforts in the Group A3 draw at Molineux.

“I am happy about the result because this game wasn’t easy, especially because some of the players have already played twice and some have debuted tonight,” he added.

“We have to work on scoring and of course if (Davide) Frattesi scored early it would have been a different game.”