Odds against survival and the curse of fourth – how do play-off winners fare? 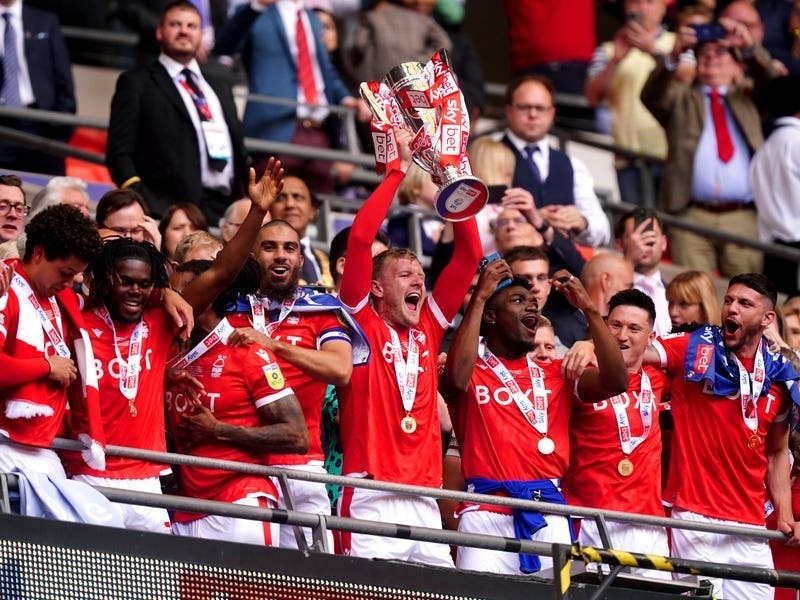 Nottingham Forest are likely to face a battle to remain in the Premier League next season following their promotion via the play-offs, PA news agency analysis shows.

Only 13 of the 30 clubs promoted to the Premier League as play-off winners went on to survive the following season.

Recent play-off winners have fared a little better, with three out of the previous five managing to stay up: Huddersfield in 2017-18, Aston Villa in 2019-20 and Brentford in the most recent campaign.

While the Bees survived having been promoted through the play-offs, the two teams that had come up automatically – Norwich and Watford – went straight back down. This was a Premier League first.

Across 30 Premier League seasons, 63 per cent of teams promoted as title winners stayed up in their first season, compared with 59 per cent of those that came up in second place. Only 43 per cent of play-off winners managed to avoid the drop.

The curse of finishing fourth

Steve Cooper’s side will be bidding to become the first team promoted after finishing fourth in the second tier to avoid relegation in the following season.

Teams that place fifth in the Championship have the best record of survival among play-off winners, with 56 per cent avoiding the drop in their first season.

Following promotion in 1993-94, they finished third in 1994-95 with 77 points from 42 games, behind champions Blackburn and runners-up Manchester United.

Forest, captained by Stuart Pearce, suffered only nine defeats all season. Striker Stan Collymore netted 22 goals, the fourth-highest total in the league, earning him a summer move to Liverpool for a British record fee.

Having qualified for Europe, Forest went on to reach the quarter-finals of the UEFA Cup in the following season, losing to eventual winners Bayern Munich.