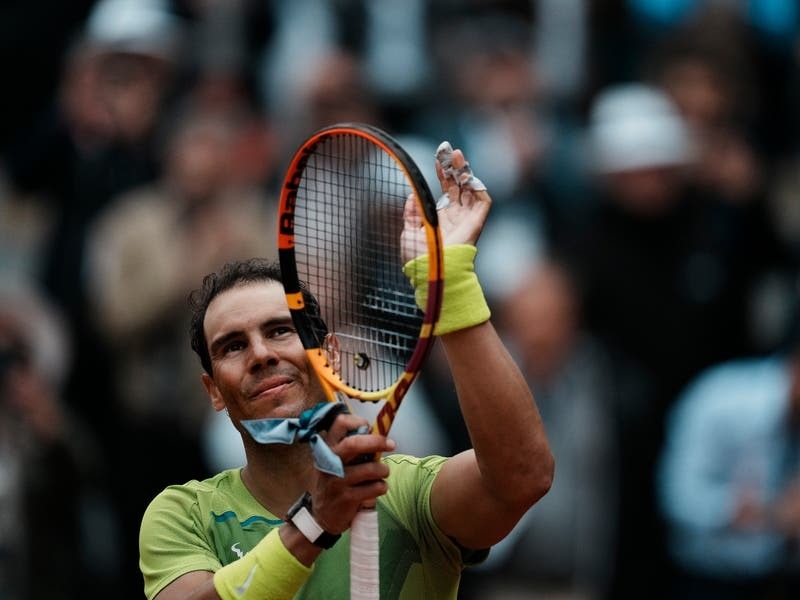 Rafael Nadal shrugged off his ongoing battle with injury after beginning his bid for a 14th Roland Garros title with a clinical straight-sets victory.

The Spaniard, seeded five this year, swept aside Australia’s Jordan Thompson 6-2 6-2 6-2 despite a recurring foot problem which scuppered his bid for a first title on clay this season at the Italian Open earlier this month.

“Of course the confidence is higher when you win in Monte Carlo, Barcelona, Madrid, or Rome,” said the Spaniard.

“Without a doubt, things are easy in this world to understand, no? When you are winning more matches and more tournaments you have better confidence.

“When this is not the case, things are different. But I never expected to be winning 15 Monte Carlos and Romes, so that’s the situation today.

“I got injured, and that’s it. What happened is past and here we are. We are in Roland Garros. I am here to try my best.

“And then it’s the moment to accept the situation and to have the confidence to put all my effort in every single day, to get better and better. Let’s see how far I can keep going.”

Nadal, who will face France’s Corentin Moutet – who beat former champion Stan Wawrinka in four sets –  in round two, also touched upon the ATP’s decision to strip Wimbledon of ranking points for its ban on Russian and Belarusian players.

“That’s it. Is not that one is doing a negative thing and the other one is doing the good thing. Everyone half.

“In my personal opinion, (they) have good reasons to make the decisions that they make today. Hopefully ATP and Wimbledon can be together and sit together and negotiate a better future for both sides.”

Defending champion Novak Djokovic had his say following his straight-sets win over Yoshihito Nishioka, and felt the ATP was right to take action despite the adverse effect it will inevitably have on his ranking as world number one.

He said: “I think collectively I’m glad that players got together with ATP, the governing body of the men’s tennis, and showed to the grand slam that when there is a mistake happening, and there was from the Wimbledon side, then we have to show that there is going to be some consequences.”