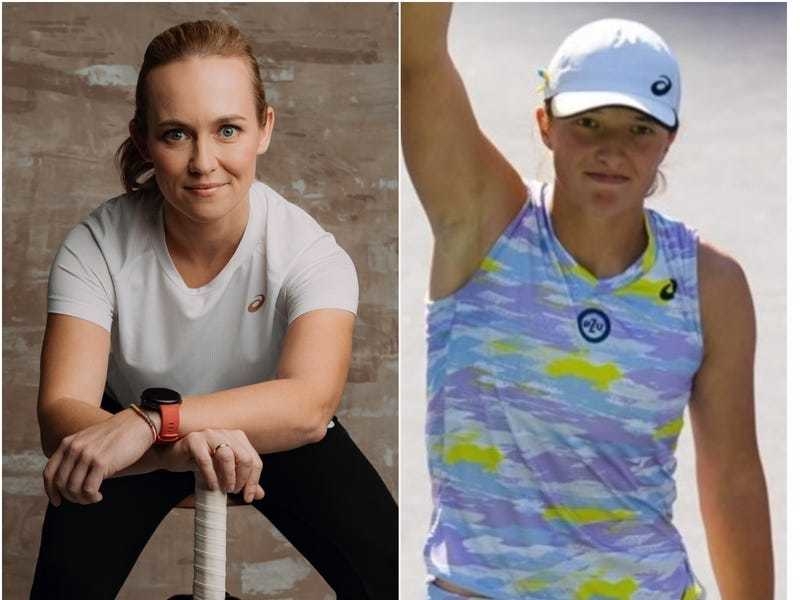 Iga Swiatek is setting an example for not just sportspeople but wider society with her focus on mental health and preparedness.

That is the view of psychologist Daria Abramowicz, who travels with the world number one and is considered as important a part of her team as her coach and physio.

Swiatek is still only 20 but marked herself out as a teenager by prioritising mental training alongside her physical development.

Mental health has been at the forefront in women’s tennis in particular over the past year with Naomi Osaka and Bianca Andreescu both stepping away from the sport for periods to look after themselves and opening up about their difficulties.

Speaking to the PA news agency, Abramowicz said of Swiatek’s attention on her mind: “It’s unique, it’s amazing. And I really, really do hope that she will set an example for other young athletes.

“I can see already generational change but I hope athletes like Iga – and also Bianca Andreescu, Naomi Osaka, Simone Biles – they are so young but they are really, really doing a great job to educate.

“I hope we will have many, many more and it will raise awareness not only in the sports environment but also in the everyday life of many people.”

The Pole will go into the French Open as a huge favourite to regain the title she won as a breakthrough sensation in 2020 after winning five straight titles and 28 successive matches.

Backing up a big breakthrough is one of the hardest things to achieve in sport but Abramowicz revealed preparing for such a scenario helped Swiatek avoid some of the pitfalls.

“We tried really, really hard, even before Roland Garros 2020, to prepare Iga,” she said. “We as a team and obviously Iga herself put in all the work to be able to manage success properly when it comes.

“Definitely she didn’t surprise me. I’m so proud of her that she’s using all the tools that she’s been learning these last three years. I really am fortunate to witness how she uses these tools, how she uses the proper attitude and how she manages the challenges.

“There are huge challenges and I sense that it’s just the beginning. It’s a lot of career before her and there will be many, many more and we will be working hard trying to manage them well.

“Creating and managing a healthy and sustainable career nowadays, especially in the era of social media and mobile devices and other pressures, it’s something that’s a great challenge for almost everyone in high performance sport.”

Abramowicz pinpoints Michael Phelps’ openness about his battles with depression and drugs as a key moment in changing the narrative around sport and mental health, and also praised gymnast Simone Biles for her strength in stepping away from competition in Tokyo last summer.

Abramowicz is leading a team of experts supporting athletes sponsored by Asics, with the sportswear brand having announced it will fund mental health support for all new and existing athletes.

“I couldn’t be more excited and, as a psychologist, I don’t often use words about emotions in terms of my work,” she said. “We’ve created a fantastic international team, I’m leading the team, and we really do hope it will raise awareness and make real change.”

Abramowicz’s work with Swiatek ranges from looking at the young Pole’s life as a whole to specifics regarding individual matches and opponents.

“It’s really easy, especially nowadays to forget the really simple, very fundamental things such as quality and quantity of sleep, connecting to nature, creating wellbeing in terms of meaningful relationships in life.

“Sometimes we work on very fundamental things and sometimes we go through very complex areas, either concerning mental training and using tech or maybe discussing a potential opponent and how to approach and how to use some stuff on court. It’s exciting.”

:: Daria Abramowicz, high-performance sports and performance psychologist, was speaking following ASICS EMEA’s announcement of its commitment to support its athletes by making mental health part of all existing and new athlete contracts.