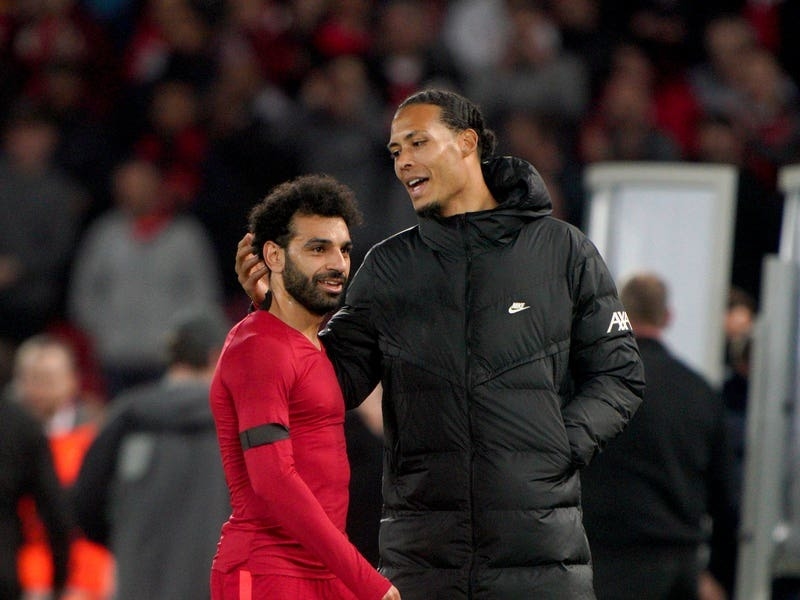 Mohamed Salah and Virgil Van Dijk have been ruled out of Liverpool’s crucial Premier League clash at Southampton on Tuesday.

The pair were forced off during the FA Cup final against Chelsea at Wembley on Saturday with groin and knee injuries respectively.

Neither are seriously injured but, despite the importance of the fixture in the title race, manager Jurgen Klopp does not want to take risks as he plans ahead for the Champions League final.

“It’s very positive, (there is) no doubt about the final and we’re realistic about the Wolves game (on Sunday), but for tomorrow, (we’d) rather not.”

Klopp admits he is also likely to make a number of other changes for the trip to the south coast. Andy Robertson, who withdrew with cramp on Saturday, is another who may not feature.

Liverpool realistically need to win to retain any hope of pipping Manchester City to the title, but, with the draining nature of the penalty shoot-out victory over Chelsea also a factor, Klopp feels rotation is necessary.

“They are completely fresh and this is a high-energetic, well-organised team. That’s the challenge we face.

“Imagine we go there with 10 players, or eight players, who played 120 minutes. That makes no sense, so that’s why we have to make changes.”

Defeat for the Reds would end their quadruple bid and see City confirmed as champions.

Yet after City drew 2-2 at West Ham on Sunday, Liverpool have a chance to move back within one point ahead of the final round of fixtures. Liverpool wrap up their campaign at home to Wolves, with City hosting Aston Villa.

“I am really looking forward to the game tomorrow, but is it a big chance? I wouldn’t say so because I don’t know when City last dropped points two games in a row.

“I don’t expect City to drop points, but that has no influence on our game tomorrow. In an ideal world we’ll go into the last match one point behind.”

The match was originally scheduled for last weekend but was rearranged due to Liverpool’s involvement in the FA Cup final.

“You could have given us the Wednesday but I think that’s not possible because of the Europa League final. So, Thursday maybe? It would’ve been slightly better. Nobody thought, ‘We could give them a day more rest’.

“But, again, I can’t wait to play the game, now we know where we play. I’m really excited about it and the boys who will start the game, they will go with all they have to make it happen.”

Meanwhile, Klopp has played down speculation linking Liverpool with Paris St Germain’s superstar striker Kylian Mbappe, adding credence to suggestions such a move would not be financially feasible for the club.

He said: “Of course we are interested in Kylian Mbappe, we are not blind! If you don’t like him you have to question yourself but we cannot be part of these speculations.”