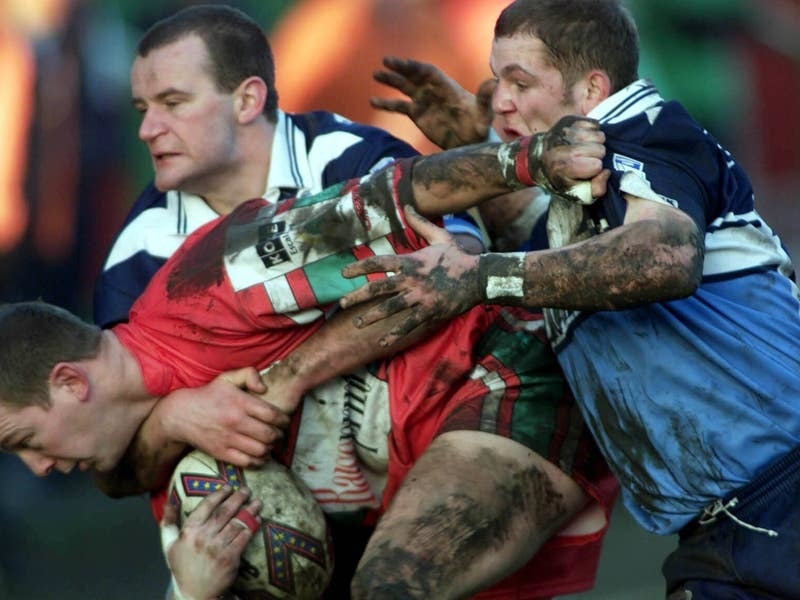 Three decades after being denied a place in the inaugural Super League and subsequently plunging to the brink of extinction, a mood of cautious optimism prevails at Keighley Cougars, a club that could be forgiven an uncomfortable sense of deja-vu.

A radical restructuring of the game in 1995 saw Cougars excluded from the top flight and hastened a painful decline into liquidation from which the club only began to emerge in 2019, following the return of chairman and owner Mick O’Neill, architect of the original wave of so-called ‘Cougarmania’.

Twenty-seven years on, the Cougars’ trajectory is once again thrusting upwards, a crowd of 1,800 having witnessed Rhys Lovegrove’s side extend their winning start in League One to seven straight games with a hard-fought victory over Rochdale Hornets on Sunday.

But last week’s news of the RFL’s 12-year strategic partnership deal with the global media brand IMG has led to understandable concerns that the prospect of another wholesale restructuring of the domestic game should align with the Cougars’ re-emergence.

O’Neill’s son Ryan, a co-owner who has instigated a series of ground-breaking initiatives including the hosting of the first Pride Game against West Wales Raiders in 2019, and the incorporation of the Progress Pride flag into their kit for the 2021 campaign, says any decisions must be rooted in recognition of the game’s traditional northern heartland.

“I am optimistic because IMG have a proven track record, and because having ‘outside eyes’ can make it much easier to see the mistakes that sport has made or is making,” O’Neill told PA Media.

“Rugby League’s greatest asset is the strength of its roots in northern towns – this is something to be embraced, not embarrassed by. I hope IMG see that this is a northern, town-based sport, and that they can see the opportunities in that, and build on it.”

RFL chiefs have stressed that any restructuring as part of the IMG deal – which has been broadly welcomed throughout the game – would not be implemented until the end of next season at the earliest, a time-frame which neatly coincides with the culmination of the sport’s current major broadcast deals.

There also appears to be negligible appetite to revert to any form of the franchise system which denied Keighley in 1995, and briefly threatened the existence of a number of historic clubs through a series of ill-conceived merger plans that were swiftly axed in the face of public outrage.

The continued jeopardy of promotion and relegation remains non-negotiable for clubs like Keighley, and also for the Hornets, founder members of the breakaway Northern Union in 1895, who are this season celebrating the centenary of their solitary Challenge Cup win over Hull FC.

“Promotion and relegation would have to stay in there – it’s a part of British culture and I don’t really see it being removed, if I’m honest,” said Hornets chief executive Steve Kerr, smarting from a pair of second half sin-bins that cost his side the chance to leapfrog their rivals in the Championship chase.

“I’m not fearful at all,” added Kerr. “I was incredibly impressed with their initial presentation, and I think it is a really smart move from the executive at the RFL.

“Rugby League does need to push on and I think IMG will help market that and drive more investment at the top level that will filter through and help some of the smaller clubs.

“League One is a very competitive league in its own right. There were 1800 at Keighley and it shows that it’s a great product and it has value. We just have to push it out there for more to see and more to get involved with. I think it is going to beneficial for the whole of the sport.”