Mikel Arteta refuses to be drawn on Antonio Conte criticism 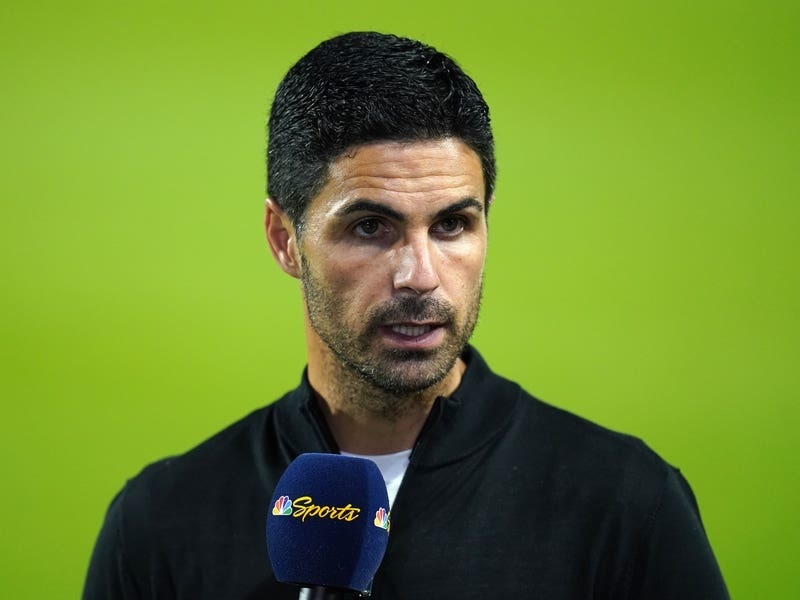 Arsenal boss Mikel Arteta refused to be drawn on the criticism he faced from Tottenham counterpart Antonio Conte at the end of a fiery north London derby.

Spurs brushed aside their rivals 3-0 at the Tottenham Hotspur Stadium to reignite hopes of pipping the Gunners to a fourth-place finish in the Premier League.

But the drama did not end on the pitch as, after Arteta appeared to blame referee Paul Tierney for the result, Conte claimed the Spaniard “complains a lot” and should “focus more on his team”.

“I am fully focused on Newcastle,” said Arteta. “We have a huge game to play on Monday against Newcastle and full focus on energy is just on that.”

Arsenal, who sit one point ahead of Tottenham, are still in control of their own destiny as wins over the Magpies and Everton next weekend would guarantee Champions League football next season.

There will be scrutiny on how Arsenal respond after such a humbling setback earlier this week but Arteta has been enthused with his players’ attitude since then.

“That game was lost and we were disappointed but now I just look forward,” said Arteta.

“We all know everything that we’ve been sort of through throughout the season and how we have had to fight to be in this position.

“I am (lucky) to have them, how they stand (up to pressure) under any difficulty, how much they are looking forward to play on Monday, how excited they are about the challenge ahead.”

Arsenal will be without the suspended Rob Holding at St James’ Park following his sending off at Tottenham while fellow defenders Ben White (hamstring) and Gabriel (thigh) are doubtful.