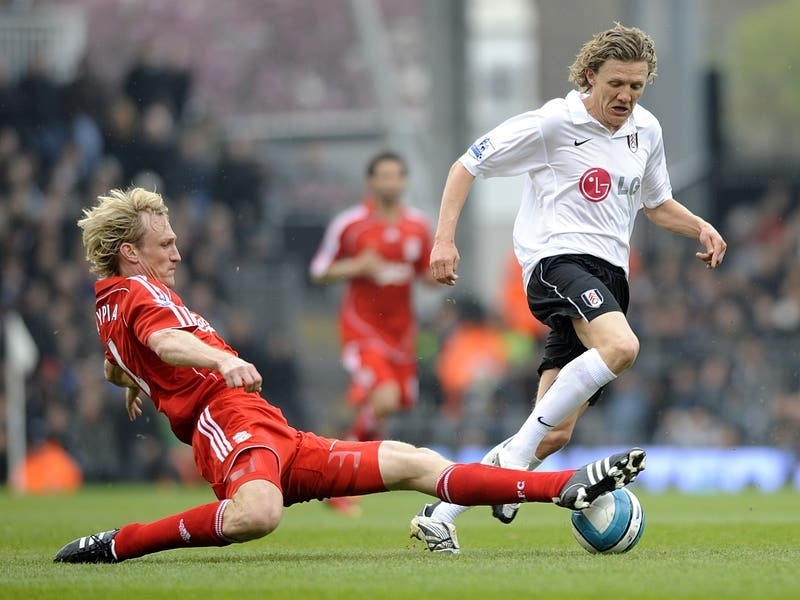 The FA Cup final will see the Reds face Chelsea in a repeat of this year’s Carabao Cup final, which the Merseyside outfit won on penalties.

Winning on Saturday would take Liverpool halfway to a historic quadruple, with the Champions League final to come and the Premier League still up for grabs.

“Klopp’s the one who’s made all the difference, it’s just unbelievable what he’s done for that football club.

“Before he came they were searching, they were exactly where United are now, six, seven years ago.

“I honestly believe they were praying on Klopp, what a signing it was. Liverpool’s best signing of the last 30 years without a shadow of a doubt.

“He just knows the game, knows how to manage Liverpool Football Club.”

Bullard – who played for Hull, Wigan and Fulham – was involved in the League Cup final with Wigan in 2006.

“When I was playing for Wigan we were in the Carling Cup final back then against Man United, that was amazing, great little run,” he said.

“Albeit we got drummed 4-0! They were way too good on the day. But amazing day to achieve that as a football player.

“A cup final brings something special doesn’t it?”

Bullard was speaking as part of a campaign with the Environment Agency to encourage people to go fishing, and to ensure they buy a rod fishing licence before they do so.

A video sees Bullard go fishing with two friends, a Liverpool fan and a Chelsea fan, with their friendly competition producing a prediction for the FA Cup final: 2-1 to Liverpool.

“I’ve been a keen angler since the age of seven and I get out to fish as often as I can. Not only do I love the sport, but it’s really important to get away from it all and enjoy the peace and quiet, enjoy being outdoors.

“And it’s great for your mental health.

“Supporting the sport of fishing by renewing your licence is a must as the money goes back into the sport and helps replenish fish levels, improves the environment we fish in and of course avoids a fine!

“It’s so easy to do, you can renew it online, and having a digital copy on your phone means you don’t have to worry about leaving it at home.

“I can’t wait to watch the match this weekend to see if the score from our match guessed the FA Cup score or not.”

To find out more information about fishing licenses, visit: www.gov.uk/fishing-licences.