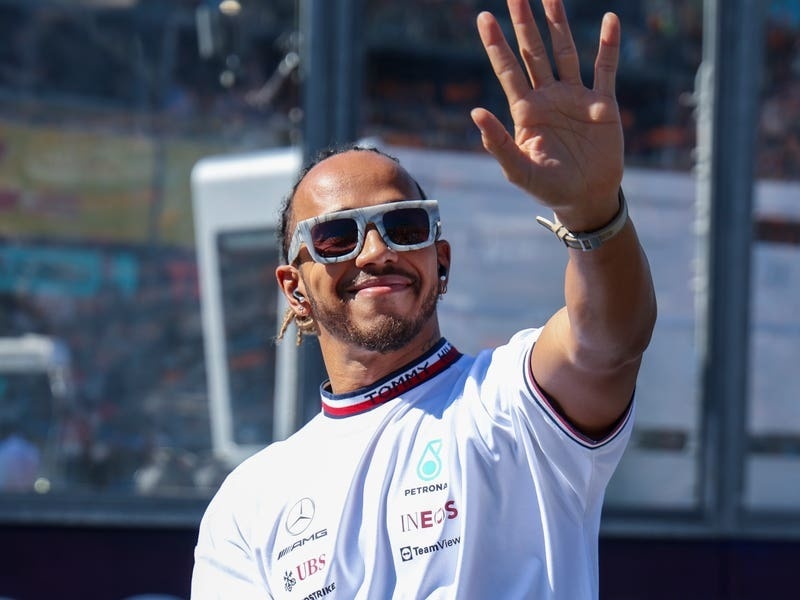 Toto Wolff has questioned new Formula One race boss Niels Wittich’s jewellery ban by asking: “Is that a battle he needs to have?”

Lewis Hamilton defied the FIA’s clampdown as he competed with piercings in both ears and a nose stud at the Australian Grand Prix – and said afterwards that he has no plans to remove them in future outings.

Wittich was hired by the FIA following Michael Masi’s dismissal for breaking the rules at last season’s Abu Dhabi Grand Prix – an event which denied Hamilton a record eighth championship.

“How he has run the first few races has been respectful, solid and he hasn’t put a single foot wrong,” Mercedes team principal Wolff said of Wittich in an interview with the PA news agency.

“However, if it turns out to be the biggest unfortunate misstep of a race director, I would take it a thousand times over.”

On Tuesday, it will be four months since Max Verstappen beat Hamilton to the title. But Masi’s incorrect handling of the affair remains a sore topic for Wolff.

The Austrian’s mind turns to the days before the most contentious finale in F1 history.

He continued: “It is quite interesting because I had lunch with him [Masi] on the Wednesday before the race, and I said to him that ‘I really want to tell you, without patronising you, that you need to take criticism on board and develop from there. Lewis does it every day, but you are guy who always seems to know better’.

“It wasn’t about influencing him but really giving my honest feedback that he shouldn’t block outside opinion as simply being wrong.

“There is a promoter of one of the races in the Middle East who said he was so relieved he had gone because he got so much abuse from him.

“He was just immune to any feedback and even today he has not properly reflected that he did something wrong.

Hamilton, who finished fourth in Melbourne, is expected to be at Mercedes’ Brackley factory between now and the next race in Imola on April 24 as the Silver Arrows play catch-up with rivals’ Ferrari and Red Bull.

The 24-year-old has finished ahead of Hamilton at two of the opening three races and is second in the standings.

Hamilton and Russell appear to be bonding and went surfing together ahead of the Australian Grand Prix.

Asked if he was surprised how well the two Britons are getting on, Wolff replied: “Yes because they are both so competitive whilst still being able to work together.

“The effort they are putting into showing respect – from the young kid to the best ever and from Lewis in appreciating the future talent that is in George – is impressive.”