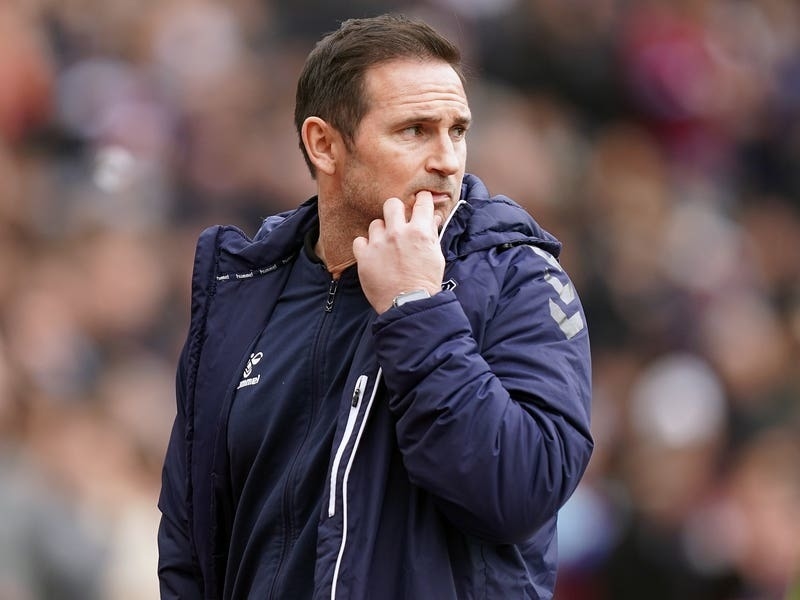 Frank Lampard insisted he saw enough from Everton’s 2-1 defeat at West Ham to suggest they can climb away from relegation trouble.

Goals from Aaron Cresswell and Jarrod Bowen, either side of a Mason Holgate equaliser, condemned the travel sick-Toffees to another defeat on the road.

Everton remain just one place above the drop zone and face a huge match against fellow strugglers Burnley on Wednesday.

Boss Lampard said: “It’s disappointing. We deserved a point at least from the game on general play.

“It was an afternoon when quite a few circumstances went against us. That can happen. But we played well; the game plan, the discipline, the character.

“We created enough chances and it’s not easy to create against West Ham so there are things we can be positive and happy about.

“Not the result, but we’ve got 10 more games and if we carry on in that vein things will turn and we will be OK.”

Richarlison squandered two one-on-ones in the first half, while Cresswell opened the scoring with a stunning free-kick from 25 yards before half-time.

Holgate, only on the pitch after Donny Van De Beek was injured in the warm-up, equalised with a deflected drive from a corner.

But the Toffees were undone when Jordan Pickford saved Michail Antonio’s shot and Bowen, back after a month out with a foot injury, snaffled the rebound.

To compound Lampard’s misery captain Michael Keane was sent off – Everton’s third red card in three matches – after a second foul on Antonio.

Hammers boss David Moyes said he felt his former club had enough quality to stay up, and Lampard smiled: “That’s easy for him to say – but I appreciate the sentiment.

“If he meant from seeing us today and if we continue with that form and replicate that then I agree. But we are in the position we are in with 10 games left.

“Maybe next time when Richarlison goes through he scores, or maybe our free-kick goes in the top corner. A couple of mistimed tackles are going against us at the moment.”

A third straight home win kept West Ham firmly in the race for another top-six finish and set them up nicely for Thursday night’s huge Europa League quarter-final against Lyon.

“Being back in the European bracket shows in the main we have had a good season, and we have to keep it up.

“We were trying to work out how many free-kicks Cressie has taken before he scored one, my guess was 625.

“But he’s had a lot of assists for us and he has that ability. Everton have got a top goalkeeper so to get that over the wall was very good.”