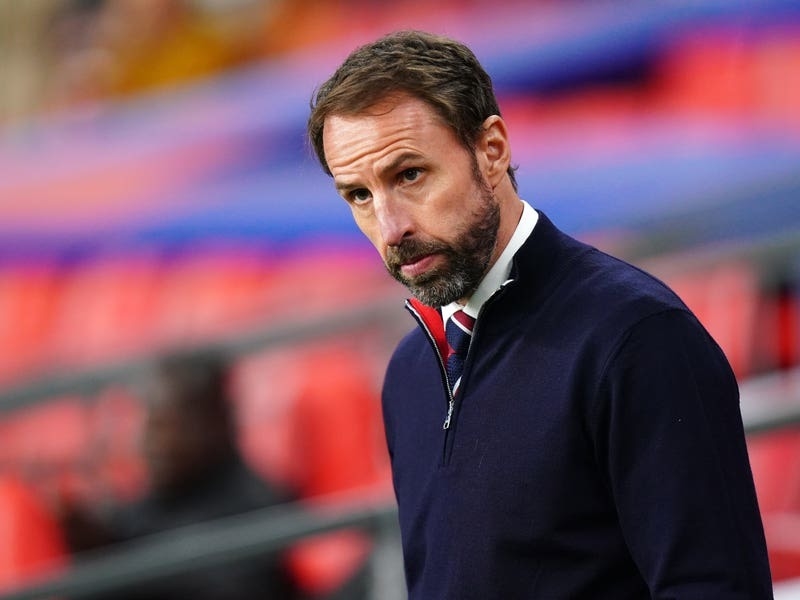 Accusations concerning the treatment of migrant workers and a poor record of human rights have plagued the Gulf state since it was controversially awarded the finals in 2010.

Male homosexuality is punishable by a prison sentence, same-sex marriages are not recognised by the government and women’s rights are much tighter than in some other parts of the world.

Ahead of their friendlies over the international break, Southgate hosted a meeting with the current England squad, discussing the ongoing challenges in Qatar and opening a dialogue on how England could show their opposition.

He questioned what an England boycott of the World Cup, which kicks off in November, would achieve and admitted whatever action might be taken by his team will be met with criticism from some quarters.

Following England’s win over Ivory Coast at Wembley on Tuesday evening, Southgate has travelled out to Qatar as part of the Football Association’s delegation at the World Cup draw on Friday.

“Is he basing his opinions and his public statements on what he has read? Because it is kind of an issue when you just base an opinion on which you are very vocal about on things which you have read.

“Somebody with a lot of influence such as Southgate, somebody with a big audience that listens to what he has said has got to pick his words carefully.

“I think before making statements like that when it comes to the workers, he needs to come here, speak to workers, understand what workers get out of being here.

“I am extending him my deepest respect. I respect him as a coach, as a human being. I don’t have any issues with people’s opinions. Obviously when someone has a different opinion, you will give them your side of the story. We can agree to disagree, but that’s fine.”

Meanwhile, FIFA has announced its new rules concerning the loaning of players will be implemented from July.

That figure will drop to six players loaned in or out from July 1, 2024.