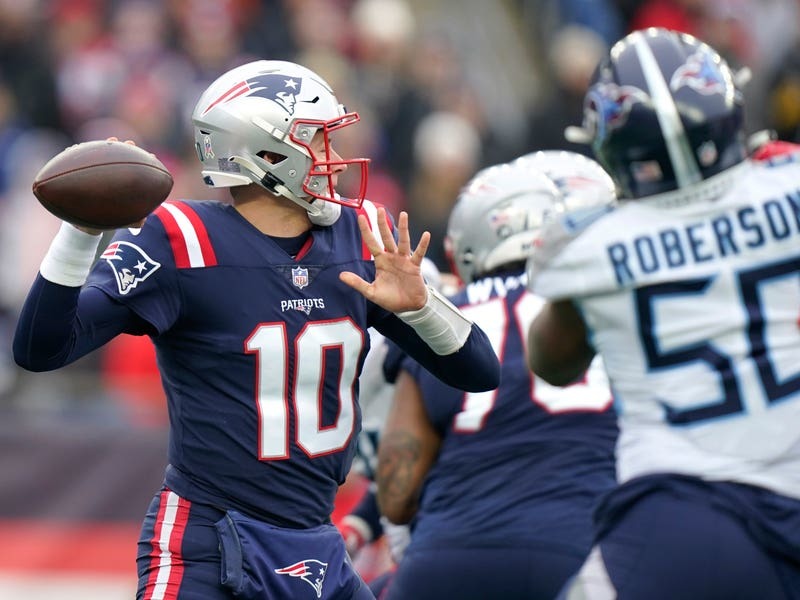 The New England Patriots made it six straight victories as they saw off the Tennessee Titans 36-13 at Gillette Stadium to sit 8-4 at the top of AFC East.

The Titans, still without key man Derrick Henry following his foot surgery, suffered a second successive loss, having looked to be in the game as they trailed only 16-13 at half-time.

Tom Brady helped push his side on with a 75-yard drive as Fournette ran into the end zone with only 20 seconds left and Ryan Succop converted the extra point.

The Cincinnati Bengals beat the Pittsburgh Steelers 41-10 at Paul Brown Stadium to move 7-4 in the AFC North.

Running back Joe Mixon rushed for a career-high 165 yards and also scored two touchdowns to leave the Steelers now without a victory from their past three matches.

The New York Jets inflicted another defeat on the Houston Texans with a 21-14 win at the NRG Stadium.

The Texans slumped to a fourth loss in the last five matches and a ninth of the season as fit-again Zach Wilson threw for 145 yards and also ran in to score a touchdown.

Cordarrelle Patterson marked his return from an ankle injury with two touchdowns to give Atlanta a first victory in three weeks as they prepare to next face Super Bowl champions Tampa Bay.

The Miami Dolphins extended their winning streak to four games with a 33-10 victory over the Carolina Panthers at Hard Rock Stadium.

Jaylen Waddle made nine catches to return a season’s best 137 yards and also scored a touchdown.

Quarterback Tua Tagovailoa completed 27 of 31 passes as the Dolphins – who suffered a seven-match losing run earlier in the campaign – continued their resurgence.

At the MetLife Stadium, the New York Giants produced a strong defensive display as they saw off the Philadelphia Eagles 13-7.

Chris Myarick went over for a one-yard touchdown in the third quarter, while Graham Gano kicked two field goals from 35 and 39 yards.

The Los Angeles Rams suffered their third-straight loss after quarterback Matthew Stafford threw an interception late in the third quarter for the Green Bay Packers to finish 36-28 victors.

In other later games, the San Francisco 49ers went 34-26 over the Minnesota Vikings, the Denver Broncos beat the Los Angeles Chargers 28-13 and the Baltimore Ravens overcame Lamar Jackson’s four interceptions for a 16-10 win against the Cleveland Browns.