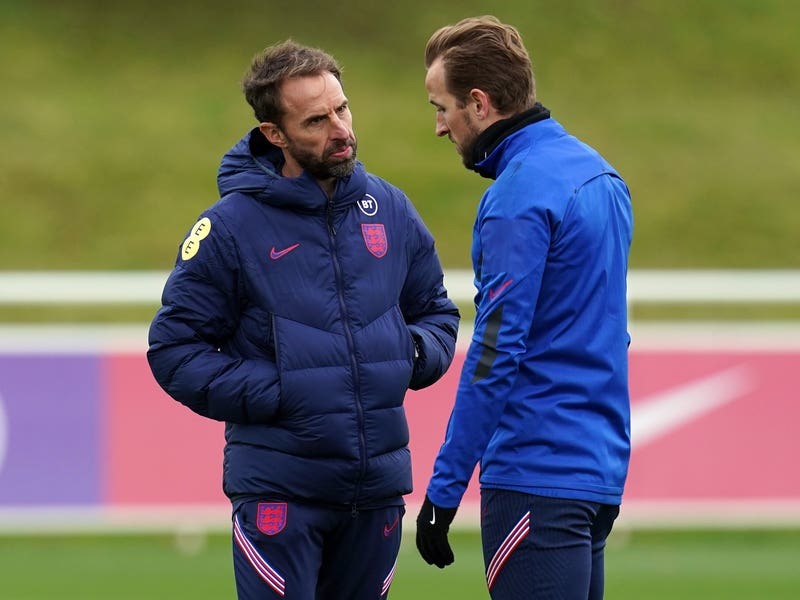 Gareth Southgate expects an improved performance from England and mentally refreshed captain Harry Kane as his side look to all but wrap up World Cup qualification by beating Albania.

A sell-out crowd will flock to Wembley on Friday for the final home match of a mammoth international year that saw the Three Lions fall to an agonising Euro 2020 penalty shootout loss to Italy.

England should have another shot at a first trophy since 1966 in Qatar next winter given they boast a three-point cushion over nearest rivals Poland with just two Group I games to go.

A trip to minnows San Marino provides the ideal final opposition after Friday’s match against Albania, who Southgate expects a response against following their poor performance in last month’s 1-1 home draw with Hungary.

“We know from looking at the other results around Europe that most teams have dropped points at one stage or other,” the England manager told BBC Radio 5 Live.

“It’s not easy to go a whole qualifying campaign without dropping points.

“And, of course, we’re going to play a very competitive opponent who are still alive in the competition, so we’ve got to be mentally prepared as well.

“Last month we dealt very well with the game in Andorra, which could have been more complicated, and really the one performance where we didn’t hit our level was against Hungary.

England’s preparations have been impacted by a number of absentees, with Declan Rice joining Marcus Rashford and James Ward-Prowse in withdrawing from the squad.

Luke Shaw and Mason Mount could yet follow suit, but Jack Grealish is “ready if required” after illness and uncapped Emile Smith Rowe is pushing for his debut.

Southgate will also have skipper Kane leading the line in what he believes is a better headspace.

The Three Lions captain scored in three of four international appearances this autumn, but his performances with Tottenham have been below par since a summer exit failed to come to fruition.

“I think what I’ve noticed already in training is that he’s appearing more as a reference point higher up the pitch,” Southgate said of Kane, who has recently seen Antonio Conte arrive at Spurs.

“We’ve talked to him about it. I know that’s been a discussion that’s been had at his club as well.

“I spoke last week when we named the squad that I think this was an opportunity for a refresh, of a mental refresh, and I think that’s how he’s found it.

“I spoke to all of the players at the beginning of this week here with us because also so much is going on in their lives.

“They’ve enjoyed the week but of course we have to deliver a performance tomorrow.”

Another expected starter that continues to be backed by Southgate despite poor performances at club level is Manchester United captain Harry Maguire.

“Well, firstly, he’s an excellent player,” the England manager told talkSPORT. “Eight weeks ago he was in the team of the tournament at a European Championship.

“With us – and I can only talk about with us – he knows his role, he’s surrounded by good players. He’s one of a number of leaders so he hasn’t got to be leading everything.

“I think what’s been very impressive about him is that he came back, sacrificed himself, really, for the team by coming back from injury quickly, early.

“And when the team have been under a moment of pressure, he’s kept getting out there to face the music and very often in those moments players can hide. They can find salvation in the treatment room. He hasn’t looked for that.

“Clearly the club have had some difficult results but, again, this week is an opportunity for him to have a different focus, different team-mates around him, refresh.

“He knows we’ve got total trust in him and hopefully he’s enjoyed the week.”