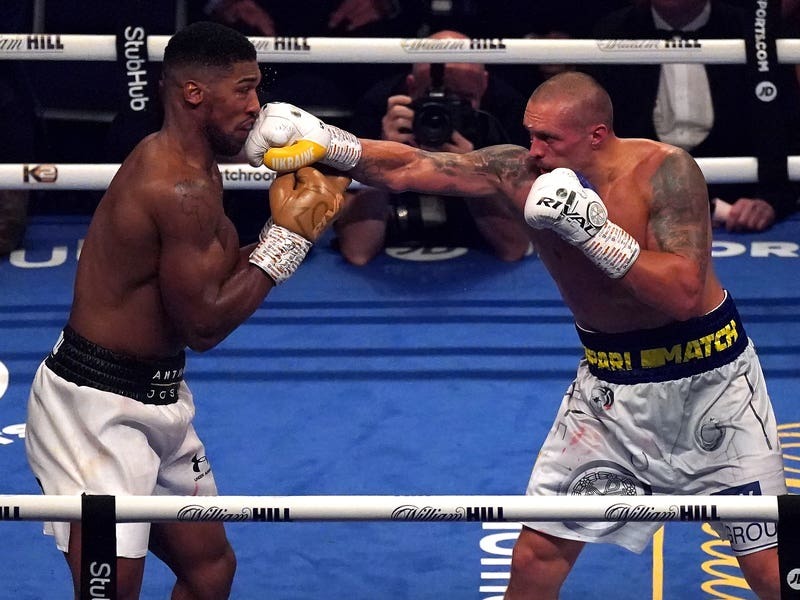 Joshua lost his WBA, IBF and WBO crowns at Tottenham Hotspur Stadium last month after being outclassed on points by Usyk.

The Ukrainian’s team had already indicated a rematch clause had been activated in principle.

Speaking during the Liam Smith-Anthony Fowler card in Liverpool, Hearn confirmed a date in the first part of 2022 was now firmly on the agenda.

“He (Joshua) has got his head back in the game, he is training now and today we officially triggered the rematch for the Oleksandr Usyk fight which we will see early next spring,” Hearn said on DAZN.

“Back in the game and looking for him to become a three-time heavyweight world champion.

“That is officially triggered now and we will sit down with (Usyk’s promoters) K2 to plan the dates for that.

“I think realistically March is when you’re likely to see the rematch.”