On This Day in 2008: Leeds win Super League Grand Final 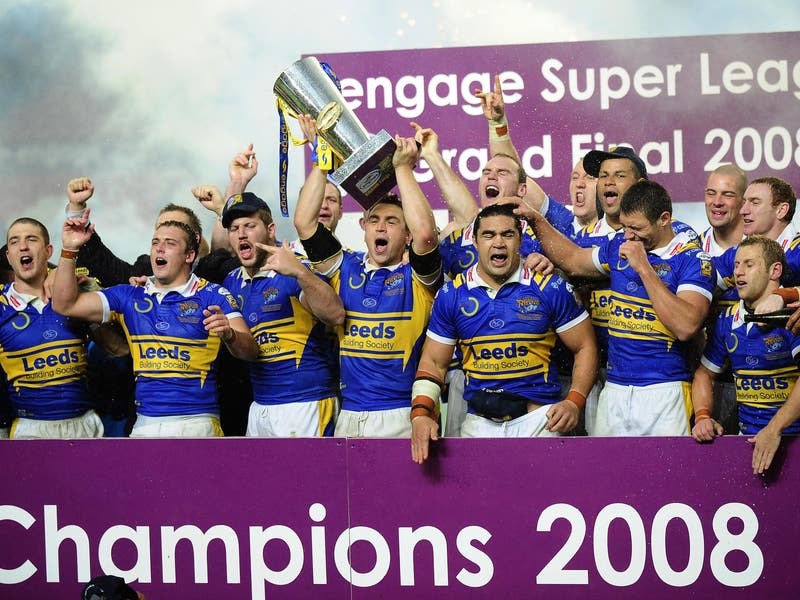 Leeds upset the odds to retain their Super League crown with a 24-16 Grand Final victory over St Helens on this day in 2008.

Lee Smith was named man of the match after a starring role while Danny McGuire also scored two tries in a rain-lashed showpiece at Old Trafford.

Saints, hoping to give coach Daniel Anderson a winning farewell, had been strong favourites having won their previous 23 matches. They had also thrashed the Rhinos 38-10 just a fortnight earlier.

Yet in Smith, who was shifted from the wing in an 11th-hour change to the gameplan, Leeds had a more than capable replacement.

Saints struck first with a James Graham try but Smith and Ryan Hall replied to give Leeds an advantage at the break.

“There were 17 warriors out there tonight,” said Leeds captain Kevin Sinfield, who kicked four goals.

“To claw our way back from a bit of adversity and come up with a performance like that is what Leeds is about. I’m really proud.”

It was a disappointing end for Anderson, who won nine trophies during his three-and-a-half years in charge at Saints.

He said: “It’s a desperately disappointed dressing room, but we’ve had some wins, we’ve had some losses and you’ve got to suck in both sides. It’s been a privilege for me to be at St Helens.”