Ted Dexter: A batting powerhouse whose life was anything but ordinary 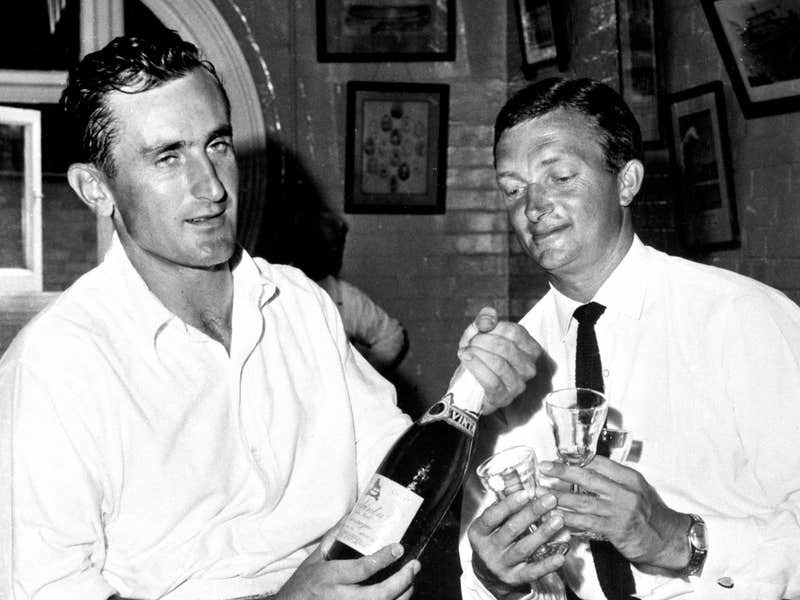 For bravery and brutish power, few English cricketers rival Ted Dexter at his best, and for eccentric hinterland beyond the boundary ropes even fewer come close.

‘Lord Ted’, England’s 50th Test captain, did not want for achievements during his professional career, leading his country 30 times, scoring nine Test hundreds with a best of 205 and skippering Sussex to the first two limited-overs trophies in county history.

As a batsman, Dexter, who has died at the age of 86, was defined best by an uncommon hunger to take on, and conquer, fast bowlers. The West Indies, premier purveyors of pace during the era, brought out the best in him with centuries in Barbados and Guyana in 1960 and one of cricket’s most fondly remembered 70s three years later at Lord’s.

Yet despite his obvious aptitude and elevated status, Dexter was never destined to eke decades out of his playing career and move seamlessly into coaching.

Indeed, that the business of playing cricket detained him as long as it did – 10 years with England and 12 on the first-class circuit – was as surprising as his place of birth, Milan on May 15, 1935.

His father Ralph, a retired Major and Battle of the Somme survivor, was a businessman in Italy but returned his family to England while Dexter was still a child.

It was as an undergraduate that he met his wife, Susan Longfield, with whom he fathered Thomas and Genevieve.

Susan, who worked as a model, briefly captured the interest of the cricketing public herself in 1962 when she famously attracted more interest from the Australian press than most of England’s touring squad.

Dexter might easily have pursued golf over cricket, and was reputedly offered the chance to do so after impressing during a round with Jack Nicklaus and Gary Player, but ultimately settled for life as a scratch amateur and was often seen perfecting his swing while fielding.

At the age of 29 he made a remarkable left-field turn, withdrawing from the 1964-65 tour of South Africa to stand as a Conservative candidate in the general election, opposing none other than Labour’s shadow chancellor Jim Callaghan.

Dexter was routed in the vote and, unlike most in his position, had the consolation of an immediate Test recall – and 172 in the Christmas Test at Johannesburg – to soothe his pride.

His playing days were all but ended by a freak accident in 1965 when he was pinned against a warehouse door while pushing his Jaguar, which had run out of petrol. An unlikely comeback in the Ashes three years later was brief and unexceptional, though the ability to win back a place on the big stage spoke volumes for Dexter’s competitive edge.

He returned to the cutting edge in 1989 for a four-year stint as England’s chairman of selectors. It was a sound appointment on paper but one which did little to burnish his legacy.

He was mocked for blaming poor performances on factors as diverse and wacky as the alignment of Venus and the smog in Calcutta – though neither were meant to be taken at face value – and mistakenly identified the side’s leading fast bowler as Malcolm Devon, rather than Devon Malcolm.

He even penned a team song ‘Onwards Gower’s Soldiers’, though David Gower did not stay long as captain and England predominantly went backwards during those difficult years.

Initially piloted as the Dexter Index, it was launched as the Deloitte’s rankings and lives on in the International Cricket Council’s official player ratings.

In an interview with The Cricketer magazine in 2005, he said: “The rankings idea was my biggest contribution to cricket. Much better than being known for hitting a couple of extra-cover drives.”

There are, of course, no rankings to list the game’s most storied characters, but, if one does emerge, expect to see Dexter’s name high in the standings.