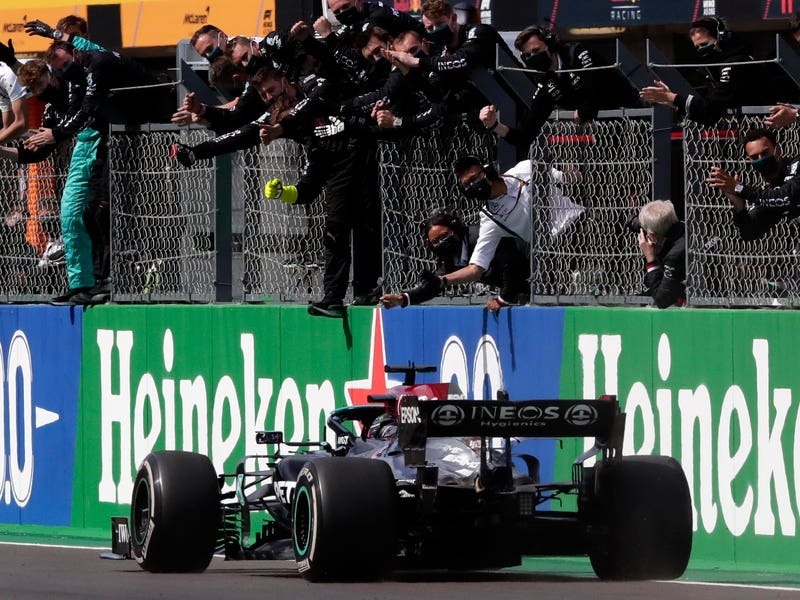 The Mercedes driver delivered another mighty display in the Algarve on Sunday to race past championship rival Max Verstappen and team-mate Valtteri Bottas and win for a second time this season.

He will head into this weekend’s Spanish Grand Prix with an eight-point advantage over Red Bull’s Verstappen in his quest for an eighth world crown.

Nico Rosberg, the only name other than Hamilton’s on Formula One’s championship trophy in the last seven seasons, called his former rival’s drive “phenomenal”.

And Wolff, who has overseen Hamilton’s remarkable run of success at Mercedes, said: “We had a good car but Lewis just drove an immaculate race.

“It makes no sense to talk about these exceptional Lewis performances because they have been quite regular. It is his standard now and he sets that standard to himself.”

Verstappen may well be ruing another missed opportunity. He might have started on pole but for running wide at the fourth corner in qualifying.

Verstappen was quick to offer Hamilton his congratulations in the immediate aftermath of their third showdown this year, but Wolff has followed rival team principal Christian Horner in predicting the niceties might not last.

In an interview with the PA news agency, Horner said: “It wouldn’t be unpredictable to say something could happen between the two of them.”

And following Hamilton’s 97th win, Wolff added: “Lewis and Max are not crossing the line on the track yet because the risk of losing points is just too big. But it is going to go head-to-head and certainly the rivalry may increase.

“However, I see Lewis completely relaxed about the situation. He enjoys working with the team and getting us up to speed because we were not there at the start of the season.”

Indeed, Red Bull headed into the new campaign with the speediest machine, but Mercedes top both the drivers’  and constructors’ championships.

Wolff said: “I rely on probability and maths and based on those facts I wouldn’t have expected to be on pole twice and win two races. That was not what my brain would have told me.