Butel puts in ‘best performance yet’ 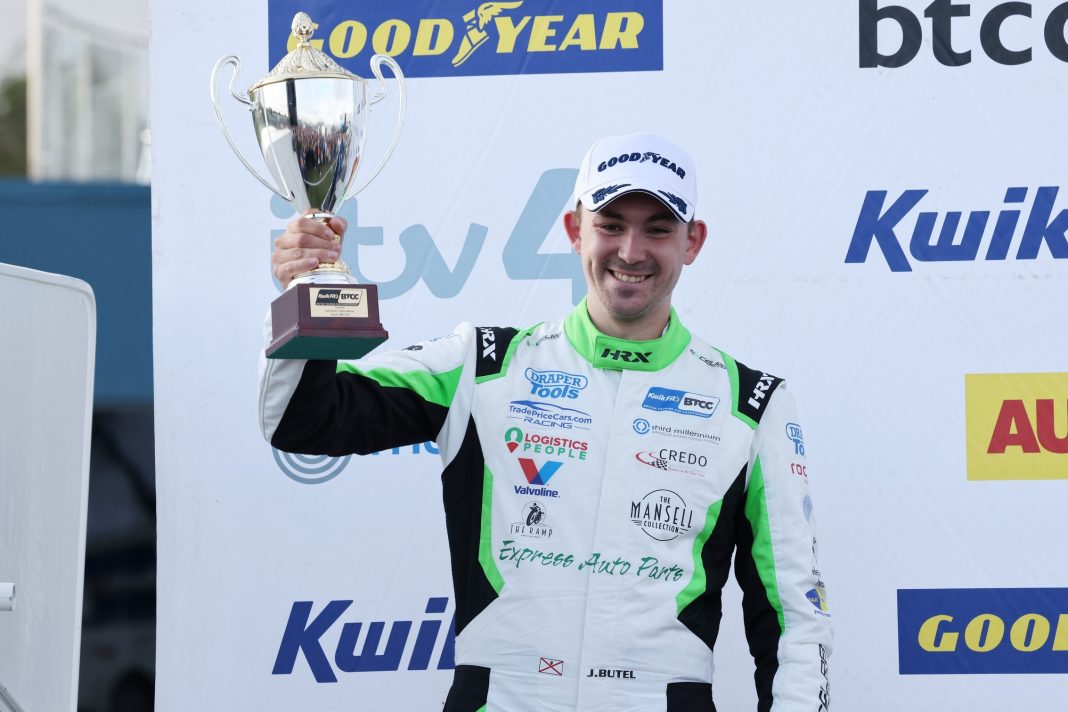 Butel crossed the line in 19th, 15th and 16th across the weekend’s three races, giving him a maximum score among the Jack Sears Trophy entrants.

He now sits third in the Jack Sears Trophy standings ahead of the seventh event of the season at Croft next month.

Butel headed into the second meeting this year at the high-speed Hampshire circuit on the back of a breakthrough weekend at Knockhill, where he matched his best BTCC result to date and scored his first points finish at the wheel of his EXCELR8 with TradePriceCars.com-run Hyundai i30 Fastback N.

Butel said: ‘I’m feeling pretty speechless with the weekend if I’m being honest. Coming here, I knew that qualifying was going to be important and the fact that I got my best result was really key to how race day panned out.’

Butel produced his best qualifying result of the year on Saturday afternoon to secure 22nd place on the grid for the opening race.

He added: ‘Making up those extra places compared to where I’ve been qualifying this season meant I went into race day feeling much more confident, and I knew we could fight forwards, despite it being tricky to overtake round here when the field is so close.

‘This is the kind of weekend that I have wanted for a long time and I think that I have shown people what I can do.

‘More importantly, I think this weekend makes me realise myself what I can achieve, and it’s been a huge confidence boost.

‘Although I scored points last season at Brands Hatch, I know that was because things fell in my favour, but for two weekends in a row now, I have been able to fight for championship points on merit and have really earned them. Of course, it’s always nice to score points in a series like this, but it is much more rewarding when you have worked hard to get them and that is what I’ve done with the team at both Knockhill and here.’

One game at a time for Mylo’s men

Banahan out of retirement to play for Jersey