A JERSEY teenager and his fellow soldiers who carried the Queen’s coffin during her State Funeral should be considered for a New Year Honour, according to an MP.

Fletcher Cox (19) was among the eight soldiers from the 1st Battalion Grenadier Guards chosen to carry Her Majesty’s coffin during the historic event, which was viewed by billions of people on televisions across the globe.

The Bailiff, Sir Timothy Le Cocq – who attended the service in Westminster Abbey – has said Mr Cox did ‘amazingly well’ and that the Island was ‘entitled to be very proud of him’.

Tobias Ellwood, an MP who also chairs the Defence Select Committee, was quoted in The Times saying the bearers ‘did such an astonishing job under the spotlight that they do justify consideration for the New Year Honours List’.

Former Armed Forces Minister Mark Francois said the behaviour of the guardsmen was ‘absolutely exemplary’ and that it would be ‘nice to think one way or another [that] their service will be properly recognised’.

Mr Cox was once a cadet in Grainville detachment of the Army Cadet Force and received the Lieutenant-Governor’s Award, which is the highest accolade a cadet can achieve. 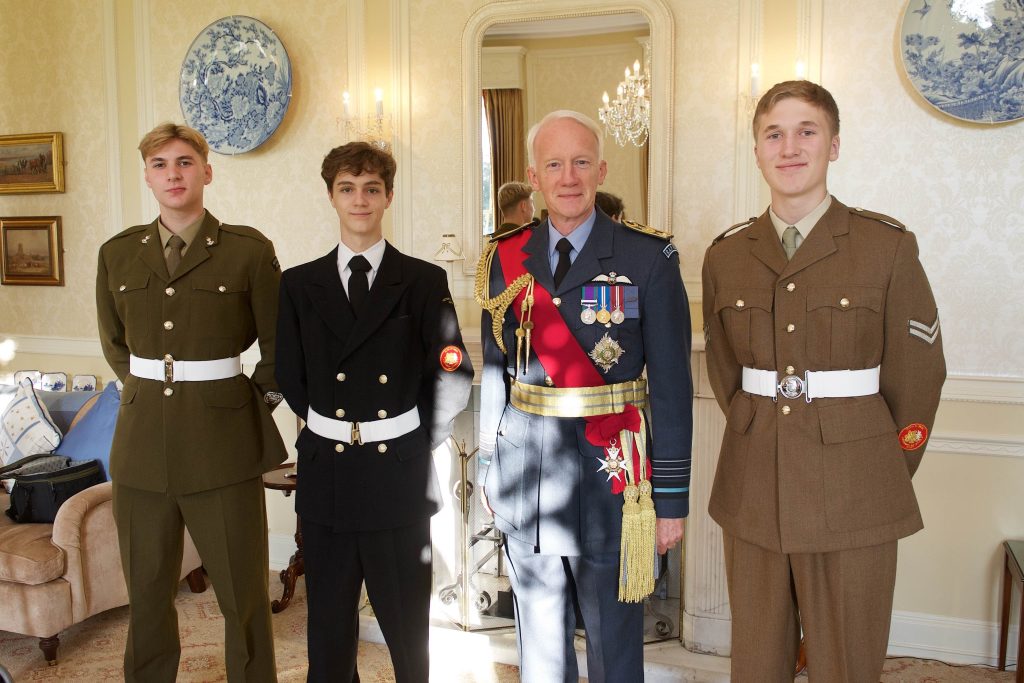 Chris Rayner, who was a lieutenant in the Army Cadet Force when Mr Cox was there, said: ‘From the word go he was always extremely keen, extremely well turned out and we knew he was destined for a career in the armed forces.

‘I was so pleased that he had been chosen to carry out this special honour – they [the guardsmen] were impeccable – you could not fault them. They are a credit to their country and to their regiment.’

‘The poise and dedication they showed within their role in the ceremony was brilliant and outstanding,’ he added.