A NEW coffee shop where even the furniture is for sale has opened in town.

The Merchants, run by Islanders James Grant and Jayne Silver, has moved into 4 Beresford Street opposite the Central Market.

Mr Grant and Ms Silver named the business after the first known trade in the unit – a hardware merchants dating back to 1857.

Mr Grant, who is also a photographer who has worked with brands such as Dickies, the workwear suppliers, said that the driving force behind The Merchants is to provide a ‘community space for local creatives to thrive in’ and to exhibit their work.

‘It is really mine and Jayne’s love child where we have combined all of our favourite things into one. We are both coffee junkies and believe in having the best coffee,’ he said.

‘We want customers to be able to come in, enjoy a coffee, check out some of the art on display or listen to a vinyl record on the bluetooth headset, while letting their child play in the development space which has a blackboard and other purposely chosen equipment to allow them to draw and experiment,’ he added. 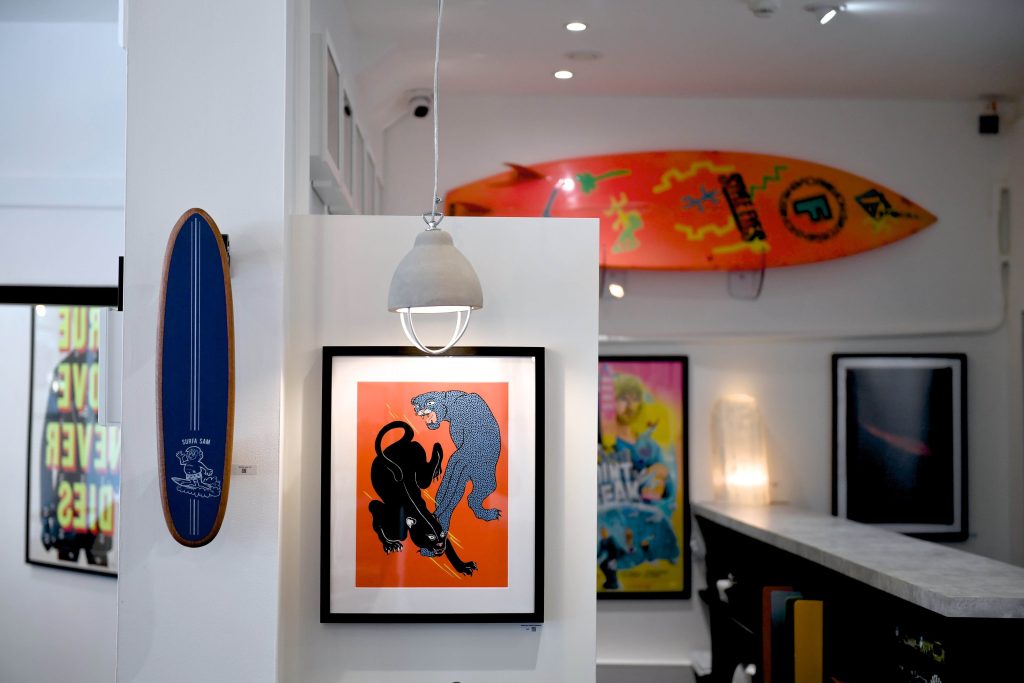 All of the furniture, artwork and vinyl in the shop is for sale. Each comes with its own QR code which can be scanned and directs you to The Merchants website where you can learn more about each piece.

One of the aims of the business is for all of the furniture and art to be locally produced.

‘Once settled, we want to run regular workshops for both kids and adults, across all different forms of art, making and music. We are already in talks with various artists. We also want to put on live performances for musicians to showcase their work.

‘It is designed to be a community space which combines all of our passions into one and gives Islanders, who share those same interests, an opportunity to display and sell their work and to gain recognition.

‘It is our way of giving back to a community which gave us so much, but also provide opportunities which we may have not had when we were younger,’ said Mr Grant.

He added that they were in talks with schools and the government to allow students to display their artwork commission-free.

Ms Silver explained that another reason for wanting to start the business was to provide parents with a place where they can socialise and bring their children.

‘I home-schooled my son and I know there is not a lot of places where parents can bring their kids and meet others.

‘So the development space allows them to do that and all of the equipment in there has a purpose to benefit the child and is not just any random toy,’ she said.

The shop is open from 7.30am until 3pm Monday to Friday and 8am to 3pm on Saturdays.

The business is also the first to bring East London brand Dark Arts Coffee and the Rare Tea Company to Jersey.

They also have a minimal food menu.

The business is one of a number of hospitality venues to open in town recently. Earlier this week a new brasserie called Colmar opened up on the site of the former Beghins store in King Street.

Pizzeria Romana is also due to reopen at Charing Cross, three years after the venue was ravaged by a fire. The addition of new businesses has been welcomed by town centre manager Connor Burgher and Jersey Business head of hospitality and tourism Simon Soar.

To learn more about the artwork for sale visit themerchants.je.