THROWBACK THURSDAY: Battle of Flowers in trouble and tangerine-coloured cars – news from 17 March 1971

WELCOME to Throwback Thursday, a new feature where we have a brief look back at the news on this day on a random year from our past.

Today, we turn the clock back to 17 March, 1971, a time when tangerine-coloured cars were seen as the future of motoring.

* IT may have been the highlight of the summer events season, but the previous year’s Battle of Flowers made a profit of just £80, it was revealed during the association’s AGM. Organisers blamed rising costs, including the bill from the States police increasing from £276 to £570. The association also had to shell out £1,000 more than anticipated on securing the De Glazen Stat Band and some majorettes from Holland. Deputy C P Tanguy, the president of the Battle of Flowers Association, said the event would come back better than ever, adding: ‘The Jersey Battle of Flowers is the envy of every resort on the mainland and elsewhere.’ 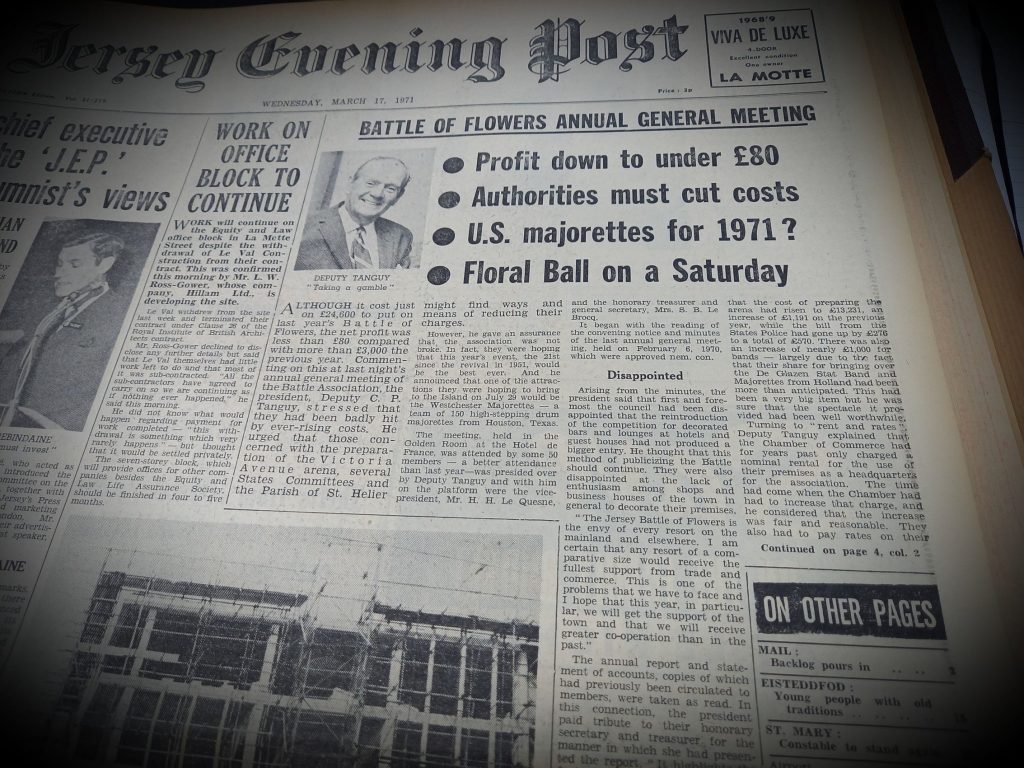 * An eagle-eyed and rather suspicious Islander was hailed a hero after he noticed ‘two Scotsmen acting suspiciously’ outside Hettitch jewellers and called the police. The pair were quickly rounded up and charged with attempting to break into the shop. One was jailed, the other was bound over – essentially sent packing and told not to come back for at least three years. 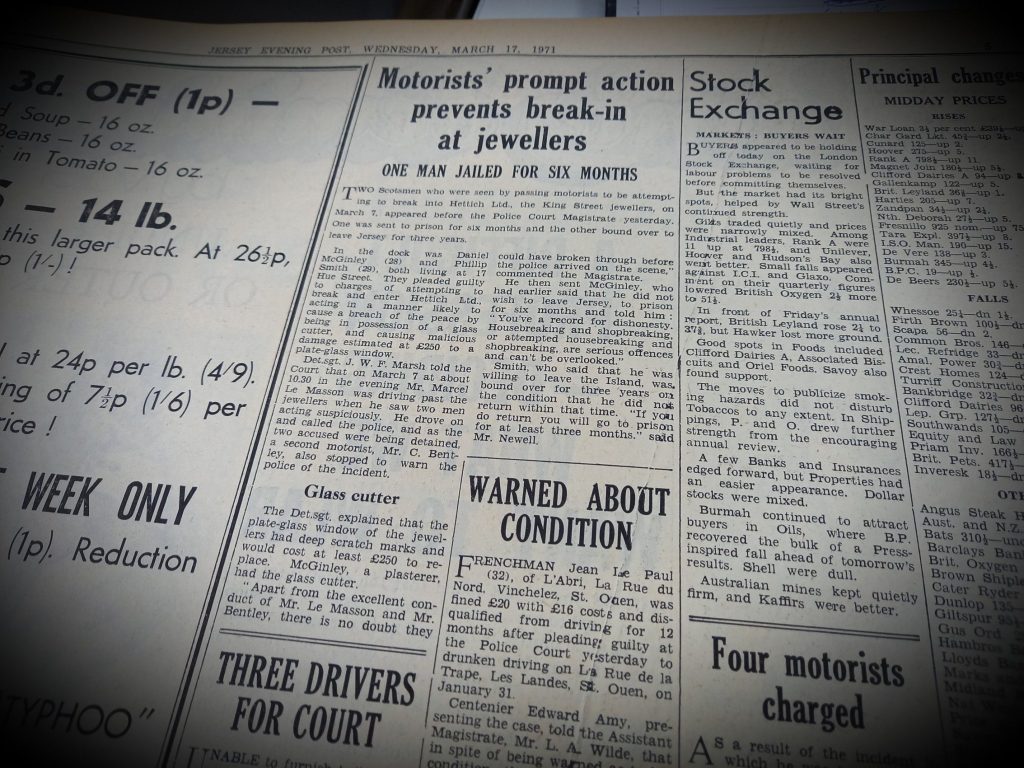 * Up in Trinity, locals were rather annoyed at the parish for allowing a strip of land to become ‘completely overgrown’. Eighteen years earlier the site, next to Bouley Bay common, had been planted with a range of shrubs to ‘make the area look pleasant and attractive for residents’. It then appears as though everyone forgot about it and nature took over. The Constable, E R Mourant, apologised, saying he had had ‘no spare labour’ but would send someone up there soon. 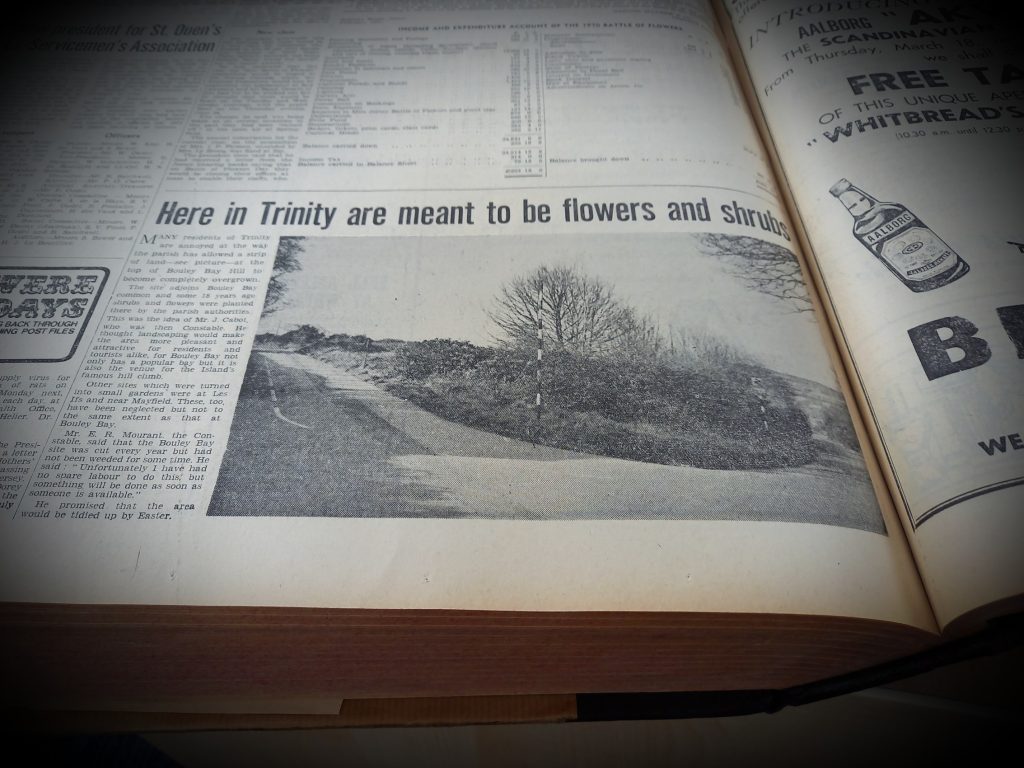 *The Bond Bug – a ‘revolutionary’ two-seater described as the first vehicle designed exclusively for the 17-25 market, arrived in Jersey. Apparently it was built to ‘restore the fun to motoring’, and had an upward opening canopy instead of doors, ‘spacecraft’ seats and a bright tangerine-orange body. And because it was the 70s, a woman was asked to drape herself over the car for its promotional shots. 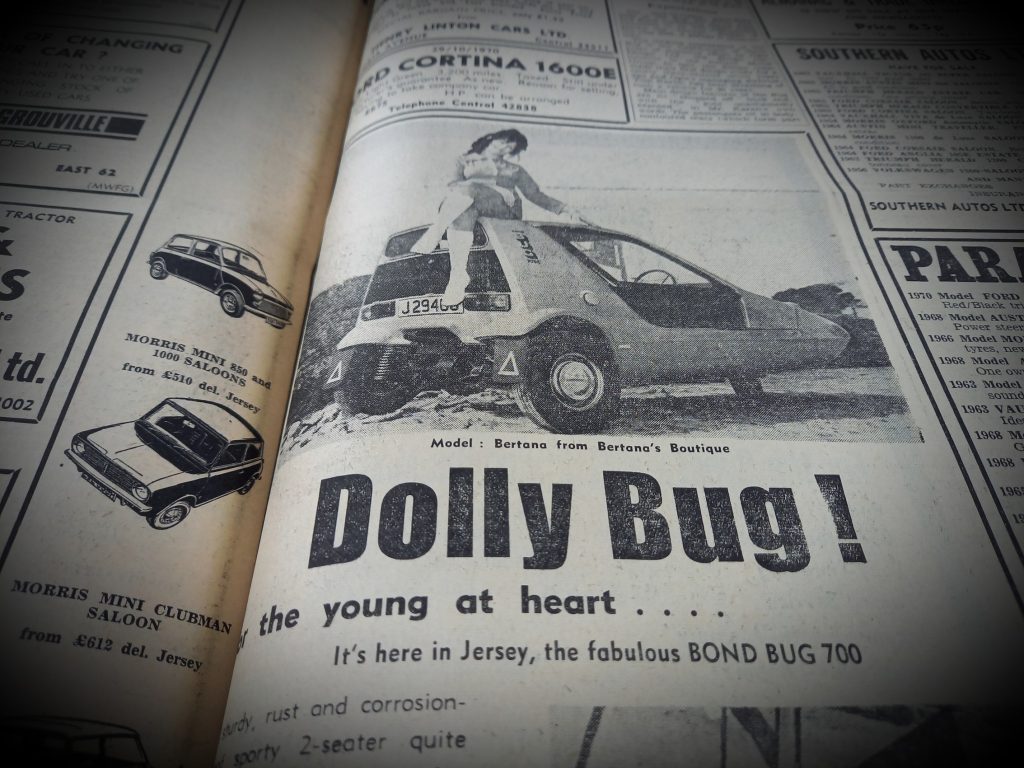 … and this is what it looked like in colour. (And, no, it didn’t turn out to be the future of motoring and production ceased a few years later) 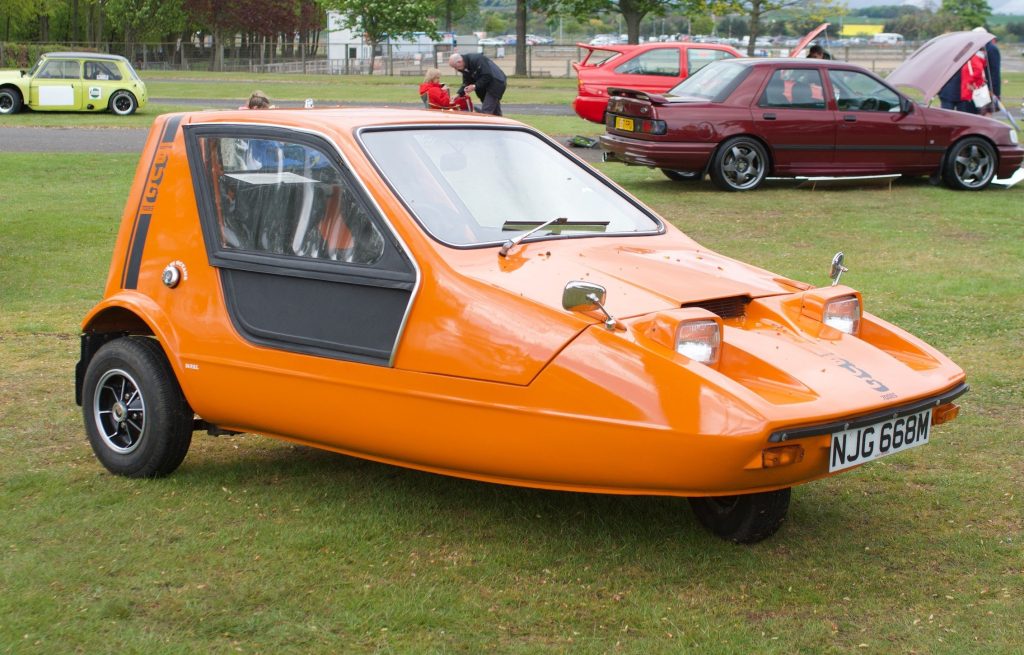