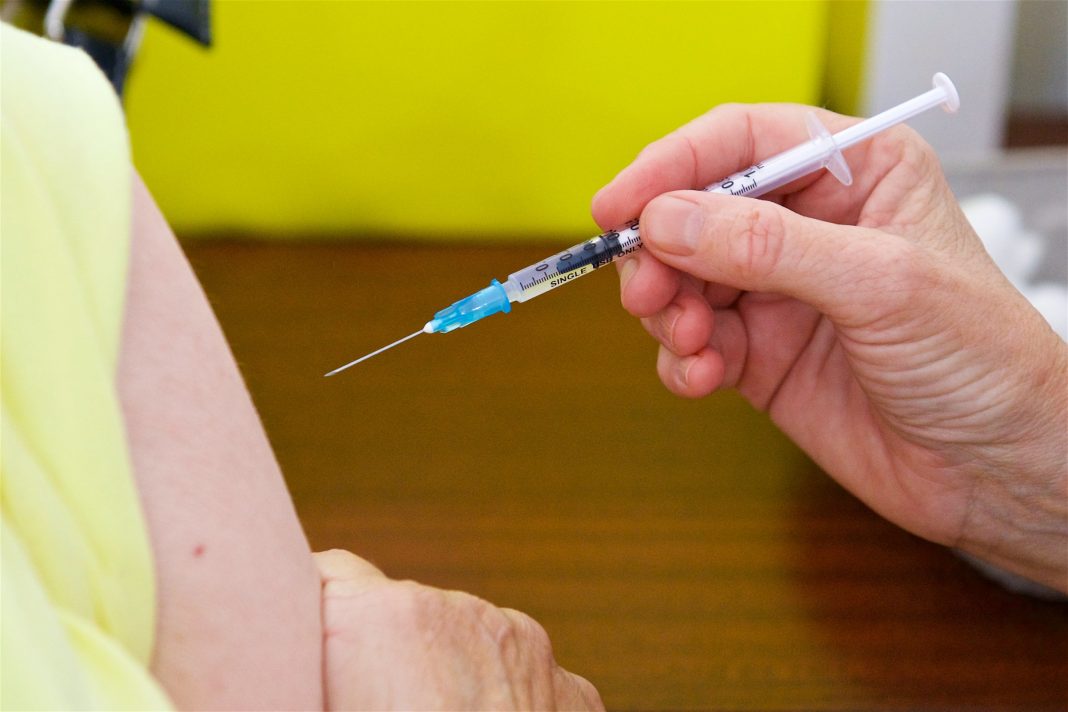 Members of Jersey’s Scientific and Technical Advisory Cell advocated vaccine passports as a way to ‘galvanise’ those who have been hesitant about getting their jabs.

The publication of minutes from three STAC meetings in October comes amid growing calls for greater transparency about how many Covid patients currently in hospital are unvaccinated.

A leading GP and two States Members are among those calling for information about the status of those hospitalised, saying Islanders should be informed about the potential risks of a decision not to be vaccinated.

A specific appeal has also been made to pregnant women to get vaccinated, with health officials highlighting that mothers-to-be are more likely to be hospitalised and develop complications.

Vaccine hesitancy was discussed by STAC, with members noting that vaccine passports had been introduced in many countries, including France in August and more recently in the UK. Ministers in Jersey have so far resisted the concept.

During a STAC meeting on 4 October, interim public health director Alex Khaldi said it was necessary to reduce the risk of infection by driving up the numbers of younger people being vaccinated.

Minutes from the meeting state: ‘Whilst it was noted and understood why ministers had not to date sanctioned on-Island vaccination certification, it was considered that this type of scheme could potentially galvanise those who were vaccine-hesitant to become vaccinated if it had become the case that there were some activities that they could not otherwise undertake without such certification.’

The meeting noted that the ‘impressive’ progress of the vaccination programme had slowed, particularly among younger age groups. Figures for 19 September showed 67% of 18- to 29-year-olds had received a first dose, along with 75% of those aged 30 to 39 (on 5 December these figures had risen to 70% and 77% respectively).

When STAC met on 25 October, independent public health adviser Dr Graham Root said he felt that charging unvaccinated passengers for their PCR test on arrival in Jersey was a ‘sensible option’, with deputy medical officer of health Dr Ivan Muscat adding his support for such a move.

Members of STAC were told that Jersey’s position was in line with UK sentiment, with those who remained unvaccinated likely to be members of certain groups:

*Those who perceived themselves as at lower or no risk from the effects of Covid.

Latest figures show that 13 people who are currently in the General Hospital have tested positive for Covid-19.

The JEP asked the government on Thursday about how many of those hospitalised were unvaccinated, but a spokesperson said the information would not be provided, as ‘Jersey’s population is far too small to provide representative numbers’.

Dr Nigel Minihane, former chairperson of the Primary Care Body for Island GPs, said: ‘It would be useful to have these figures, as they would give a good indication of the risks of remaining unvaccinated’.

‘If you are transparent and provide really clear information, people are more likely to follow the advice they are given by government,’ he said.

‘Being open about the number of unvaccinated people receiving hospital treatment for Covid would be more helpful than it would do harm, particularly as the group is now larger than 12,’ she said. ‘Without a local figure, Islanders will only look to the statistics that are shared in other jurisdictions and reach their own conclusions.’

Designated vaccination opportunities for pregnant women will take place weekly, starting today. The ‘Walk-in Wednesday’ sessions at Fort Regent will offer the chance to attend without booking an appointment and to discuss any concerns with healthcare staff.

Dr Fiona Nelson, consultant obstetrician and gynaecologist said: ‘With the virus greatly increasing the risk of severe illness and premature or stillbirth, vaccination is the best defence expectant mothers can give to their unborn child, as well as themselves.’

A government spokesperson said that one in five of the most critically ill coronavirus patients in the UK were unvaccinated expectant mothers, adding that the risks were even higher for those with underlying conditions such as immune problems, diabetes, high blood pressure, heart disease or asthma.

Pregnant women can attend the weekly Walk-in Wednesday sessions at the Fort between 11.30am and 6.30pm.