EasyJet flight EZY8605 left Gatwick at about 8.40am for Malaga and had just passed the Brittany town of St Brieuc when its pilots became aware of a technical problem and diverted to the Island.

An aircraft tracking website showed that the pilots had issued a ‘7700 squawk code’, which alerts air traffic controllers to a general emergency. The Airport’s fire crew were subsequently put on standby, it was confirmed.

In a statement, a spokesperson for easyJet did not specify the nature of the fault but said: ‘We can confirm that flight EZY8605 from London Gatwick to Malaga on 14 December was required to divert to Jersey due to a technical issue onboard. The aircraft landed routinely in line with procedures and passengers disembarked in Jersey as normal.

‘A replacement aircraft has been arranged to operate the flight from Jersey to Malaga and, in the meantime, passengers have been provided with refreshments in the Airport.’ 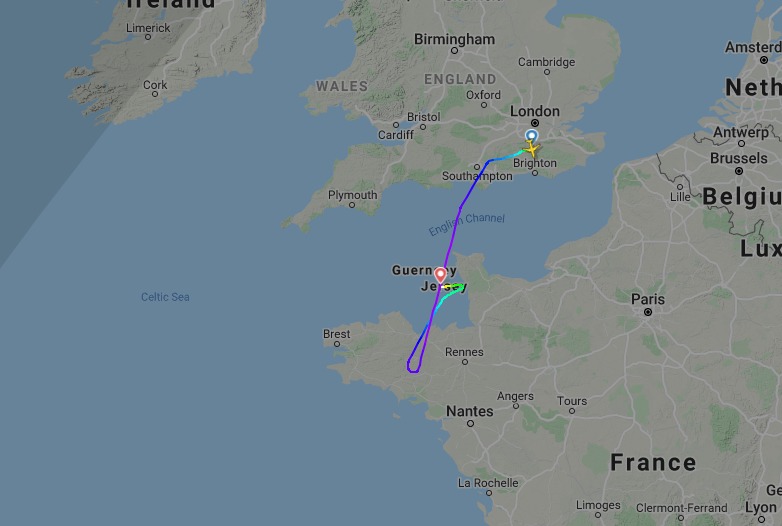 They added: ‘We would like to apologise to customers for the inconvenience caused and thank them for their patience and understanding. The safety and wellbeing of our customers and crew is always easyJet’s highest priority.’

It is not the first easyJet flight which has been forced to divert in recent weeks.

On 28 November, an Airbus A320 operated by the airline took off from Jersey bound for Glasgow but, while approaching the Welsh coast, its crew reported a cabin pressurisation issue and began diverting to Bristol.

Some of those on the ground reported the plane making a ‘loud whining noise’, but it landed safely.