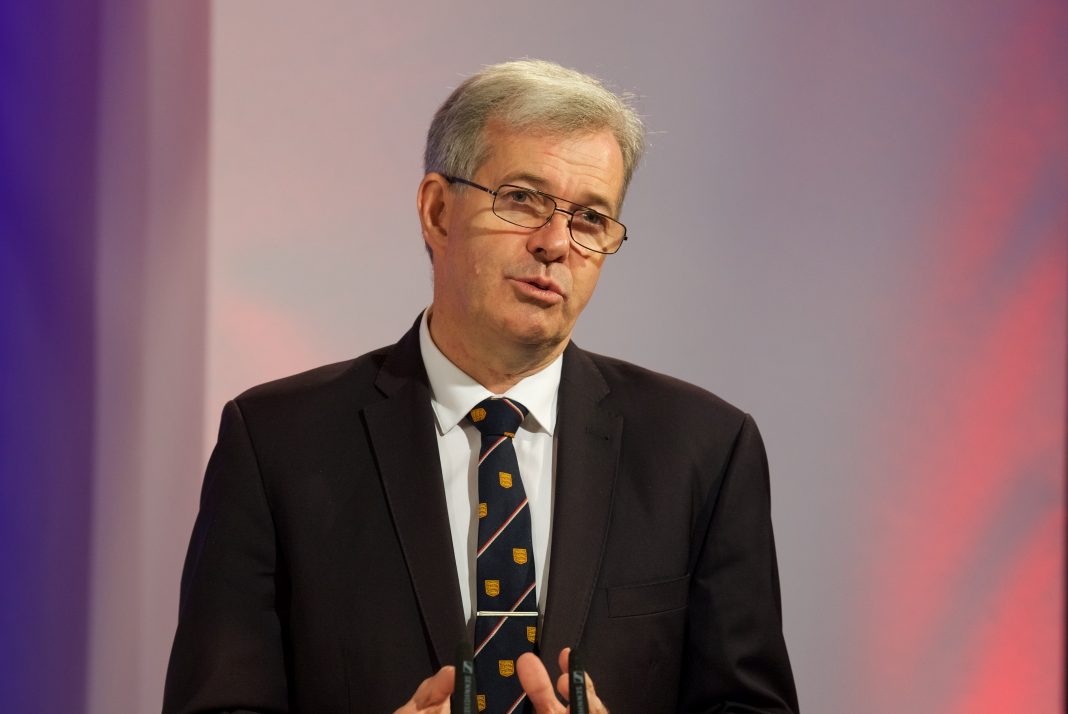 However, a legal requirement mandating mask wearing in indoor public settings as well as advice to work from home where possible will not come into effect until 4 January. It is expected that activities such as eating, drinking, singing and acts of worship will be exempt from the mask-wearing requirement.

The background to the decisions reached by ministers at a meeting on Tuesday evening was shared in a media briefing, with officials warning that once Omicron was officially detected in Jersey, cases were likely to double every two to three days, leading to a large wave of infection.

Speaking to the States Assembly, the Chief Minister said: ‘Our healthcare services remain in a resilient position, and we are able to treat those who present in hospital with, or because of, Covid.

‘We are acutely aware of the pressures being placed on care and nursing homes, as well as home care services, and [ministers] have instructed officers to work closely with this sector to ensure that they have the resources and processes to support residents who are returning to their care after a stay in hospital. By ensuring they can return home safely, we will maintain the important capacity in hospital for new admissions. We will also work with this sector to explore all options for expanding their capacity in order to support those patients leaving hospital and requiring additional care for the first time.

‘I would like to repeat my thanks to all Islanders for their continued diligence and cooperation.’

Vaccination is still seen as key, with officials citing evidence that those who had received a third dose had around 75% protection against infection.

Booster doses have been made available to all adults, subject to a minimum gap of three months since their second dose, with the aim that all eligible Islanders will have been offered a booster by mid-January.

As part of the booster drive, the definitions used in Jersey’s safer travel policy will change from 4 January. Only those adults who have had three doses, plus a two-week interval (or ‘two-plus-two’ for children aged 12 to 17) will be considered fully-vaccinated and therefore exempt from testing and isolation on arrival.