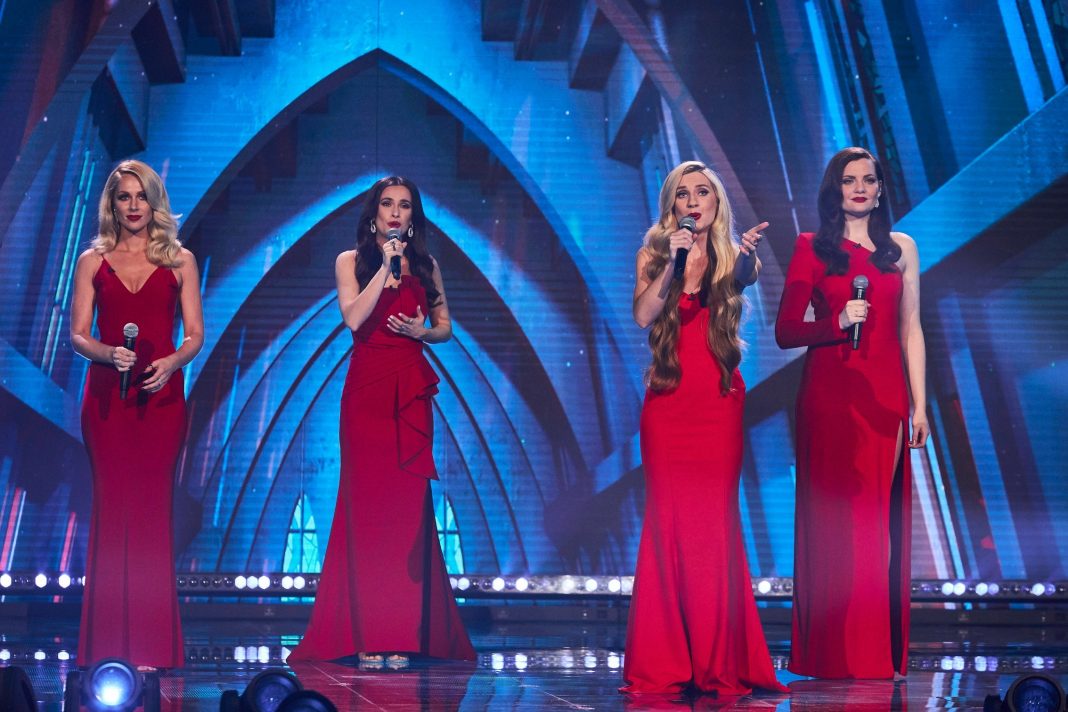 In fact, it might contain just one name: Georgi Mottram.

The Islander and soprano singer appeared with her classical crossover group, Ida Girls, on ITV’s Walk the Line, a new show, on Monday night.

Following their performance Mrs French, one of the judges, praised the band, telling them: ‘You did that high singing that made my bottom hurt a little bit, but in a good way.’

Fellow judge Gary Barlow added: ‘That was really beautiful and what a song choice. That is the type of track that will get you votes.

‘However, I think you should sing together more and less as soloists.’

The comments followed Ida Girls’ performance of Never Enough, a song from the film The Greatest Showman.

Ms Mottram, a JEP Pride of Jersey Awards host, said: ‘It was really fun and it was nice to receive such a wonderful reception from the audience. We have worked so hard as a group and we’re all very proud to have come this far.

‘The show was on prime time television and the episode will have reached millions of people and, for us as a group, that is priceless exposure and it gave us an incredible platform to sing on. It was also great to receive the feedback we did.’

She added: ‘Our next show is at Tonbridge Castle on 19 December and we have got an album coming out next year. Our diary is starting to fill up for 2022 but I think a lot of people are still wary about booking shows because of the pandemic.’

In Walk the Line the best act of the night is chosen by an audience vote. The performance with the most votes moves on to the next episode to battle a number of new singers until a single contestant is left at the end of the series. The overall winner receives £500,000.

In Monday’s episode Ida Girls were singing against episode-one winner Ella Rothwell for a place in the next round.

Members of the audience voted for Ms Rothwell to progress ahead of the Ms Mottram’s group and three other contestants.