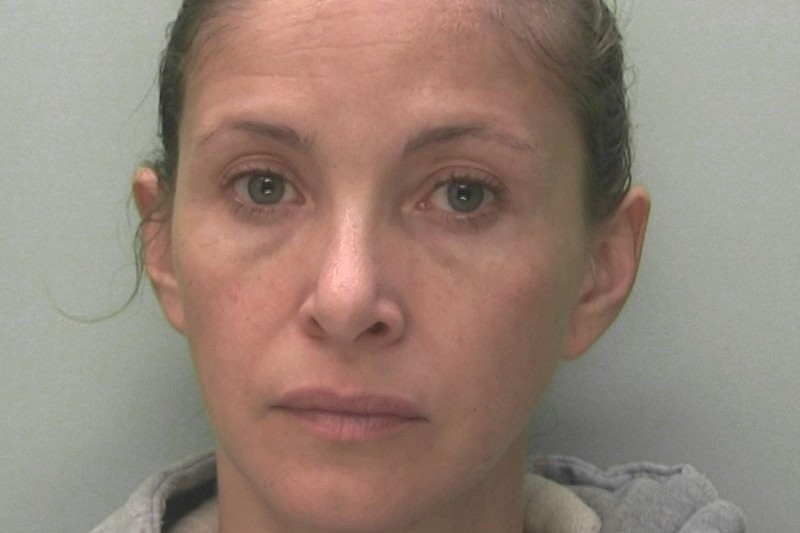 Lisa Michelle Vieira De Sousa was already on probation for having burgled the victim’s flat when she attacked him with the 12-inch blade on 26 April.

The Superior Number of the Royal Court, which deals with the most serious offences, heard that De Sousa had a history of violence and had been drinking heavily when she visited the man’s home in St Helier on the night in question.

Attorney General Mark Temple, prosecuting, said the woman and the victim had argued and, in the course of the argument, she had picked up the kitchen knife and stabbed him in the lower back, with enough force for the blade to penetrate his sweatshirt and T-shirt.

The victim phoned for an ambulance at 9.20pm and then called his mother, who contacted the police.

Mr Temple said: ‘The police found him in the doorway, lying on the floor. He was still conscious.’

De Sousa was still in the flat and acted aggressively towards the police, the court heard. Officers used a Taser to restrain her before arresting her on suspicion of attempted murder.

She was later formally charged with grave and criminal assault but denied it, saying at interview: ‘I wasn’t the one who stabbed him.’

The victim was treated in intensive care and had to be placed in a medically induced coma. He remained in hospital for two weeks. The Attorney General said: ‘It has exacerbated his depression. He suffers from anxiety when he is around other people.

‘He is on medication for pain and nerve damage and he has had to give up his job.’

He added that De Sousa had 44 previous convictions, including two of assaulting the same victim. He said that at the time of the stabbing, she had been on probation for illegal entry and theft at his home. She had served 45 hours of a 180-hour community service order.

Of the grave and criminal assault, he added: ‘She pleaded guilty but not at the first opportunity. She is at high risk of reconviction within the next 12 months.’

He recommended a sentence of 4½ years for the grave and criminal assault and an extra nine months for breaching the probation order, making a total of five years and three months.

Advocate Sarah Dale, defending, said De Sousa accepted that a prison sentence was inevitable but asked for a shorter one.

She argued that De Sousa had only meant to intimidate the victim with the knife and said: ‘There was no intention at that time to use it to cause physical harm.

‘Miss De Sousa is deeply shocked by what she did. She is very remorseful.’

She added: ‘She knows that alcohol makes her a completely different person. She is trying to move on from her reliance on alcohol.’

Delivering the court’s sentence, Deputy Bailiff Robert MacRae, presiding, said: ‘We regard this as an unprovoked assault. This offence, and indeed any offence involving a knife, is so serious that only custody can be warranted.’

She was sentenced to four years for the grave and criminal assault and nine months for breaching her probation order, with the sentences to run consecutively.

She also received a restraining order, preventing her from having any contact with the victim for five years.

After the sentencing, Detective Constable Jeremy Percival said: ‘The victim has suffered considerably as a result of this attack and is still receiving ongoing support. I commend him for remaining firm in his stance to see justice done.’