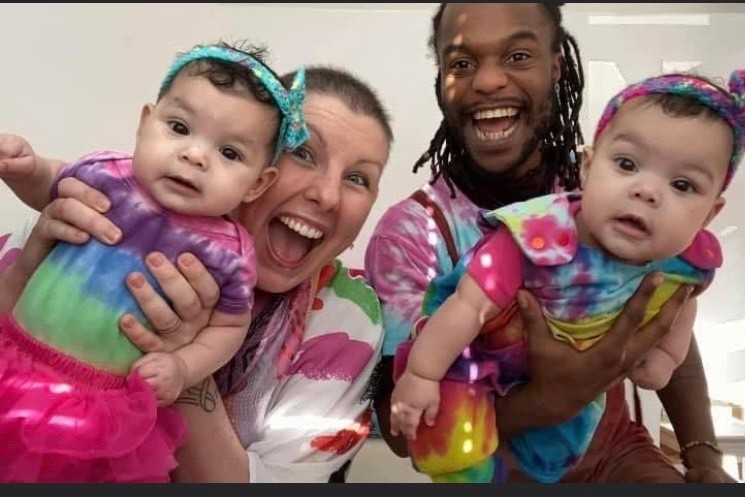 The For the Love of Dance event will take place at 5pm this Sunday at Haute Vallée School and will raise money for Jessie Mutero, who was diagnosed with the illness shortly after the birth of her daughters, Aquila and Starla, in July 2020.

More than £40,000 has already been raised for Mrs Mutero, who runs an inclusive dance company which offers performing arts and parkour classes for those considered less able, in a separate Gofundme initiative started by her friend Ashleigh Taylor in order to help pay for her medication and living costs.

This weekend’s event, which is set to include 110 students from ten dance schools, was the brainchild of Rebecca Giulietta, the founder of Étoile Studios, who has previously competed in the Eisteddfod with Mrs Mutero.

‘I have known Jessie for a long time and she is a really popular and respected figure in the dance community. I wanted to raise some money and try to support her and her family through this incredibly difficult time and so I came up with the idea of bringing all the dance schools in the Island together to put on a performance to celebrate and raise money for her,’ she said.

‘It was really easy to convince all the schools to take part and it is a very rare opportunity for all of us to come together which will be amazing,’ she added.

Mrs Giulietta said that more than two-thirds of the 300 tickets have already been sold and the money from the sales will go straight to Mrs Mutero’s family.

‘Each school is going to perform three pieces each and at the end we will all perform together to the sound of Jessie’s favourite song.

‘All of the students will wear pink, which is Jessie’s favourite colour.

‘We are hoping Jessie will be there for Sunday’s event but if she is unable to make it we are going to record and stream it for her,’ she added.

– Anyone wishing to purchase a ticket should search for For the Love of Dance on eventbrite.co.uk