Time is tight to find hornet nests before queens emerge 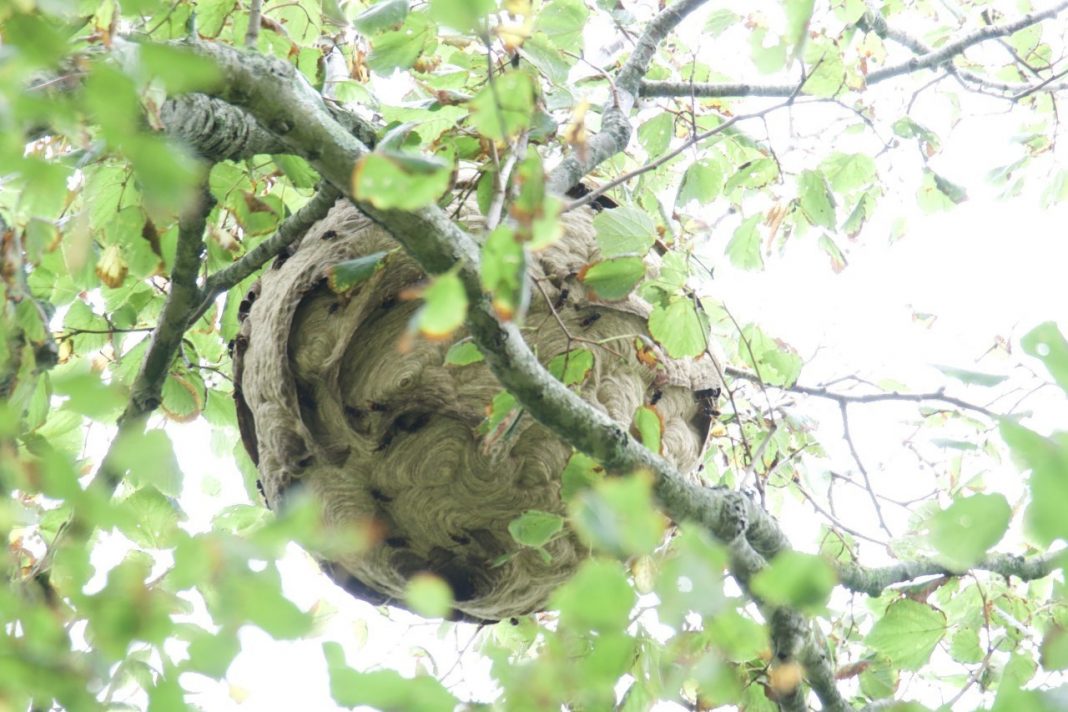 And the team responsible for hunting the invasive species said the number of nests located this year – currently 34 – is expected to rise later this month.

Jersey’s Asian hornet co-ordinator, Alastair Christie, said volunteers were doing their best to track the insects before the ‘new queen emergence’, when each nest is estimated to produce between 200 and 300 queens.

Mr Christie said: ‘We don’t know when it will happen, which is why we are looking out for drone [hornets] because that is a red flag for whether we are approaching the new queen emergence.

The secondary nests are expanding very rapidly, which is leading to lots of reports – including a large nest at Government House, which is responsible for numerous sightings in the north-east of town.’

Of the 34 nests recorded, five were discovered during Asian hornet week, which took place from 6 to 10 September.

When asked if he was confident that enough nests could be found before the emergence of new queens, Mr Christie said: ‘We will do everything we can to find these nests but we can only react to the reports that we get – which is why public involvement is really crucial.’

He added that the Jersey Asian Hornet Group was continuing to hold regular strategy meetings.

‘It is really useful as it brings people together and helps us discuss ongoing tracking cases.

‘We are a team and we are fighting battles in different corners of the Island.’

– Asian hornets are larger than wasps and can be positively identified by their darker colour, a yellow/orange band across their lower end, a bright pale-yellow belt at the waist and the yellow lower half of their legs.

– Islanders can report an Asian hornet sighting by emailing asianhornet@gov.je, attaching a photo if possible.